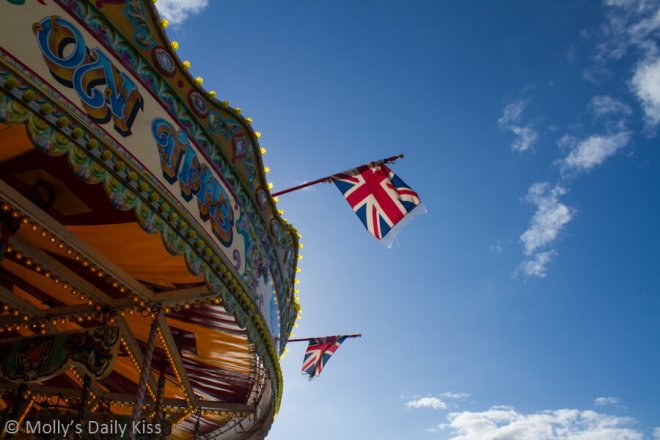 I asked my wonderful Twitter followers what I should write about and the lovely @rubygoodnight asked if I could write about coming out kinky to children and conservative parents. @ht_honey also had a fine suggestion as well that I will save for another day.

Coming out to children is in my mind the easier of the two, unless the conservative parents get out of hand. So I will look at this from three angles. Just kids, just parents, and both.

In our case, coming out to the kids has been a very gradual process. We only reveal to them what is appropriate for their age. When I first arrived in their lives they were much younger. Eight and Eleven respectively, Our obvious displays of kink were fairly limited. Molly would call me Sir and she would get an occasional playful swat on the  bottom when she was being cheeky. But mostly what they saw was a loving, kissing, laughing relationship. After all while our D/s is 24×7 it isn’t like we walk around dressed in latex. They knew that Molly wrote a blog and stories, but also that those things were for adults and not for their consumption. As time passed and they grew older and more mature we were more open about more things. We were (are) always open to discuss sex with them as they had question, and lube and condoms were often on our desks as we worked. Today many items are scattered around the house and cause no comment at all from the kids. It is just how things are, we have found that being open removes the mystery that makes forbidden things fascinating. As I have said before our kids know that sex is a part of our relationship, but they don’t know what it is exactly that we do, because what kid does want to know what their parents get up to. Now that they are both in their teen years I suspect that if they asked any more detailed questions we would answer them in a more detailed way. As I write this Molly is at the dining room tabling helping her son fill out paperwork for his first job and there are three paddles on a side table waiting for pictures. Not a single comment about them has been made.

My parents have both passed, but Molly’s are still around. She was outed to them by a snoopy family member who found her blog. Between that and an Ex who was making up stories and whispering them to her family she had a strained relationship with her parents. My arrival didn’t help matters, a man from the Internet who was becoming part of their daughter and grandchildren’s lives, things didn’t start out all that well.

What made things better was showing them the exact same things we showed the kids. That we loved and cared for each other greatly and that since they were important to her, they were important to me. So in spite of the often frosty reception and short conversations we persisted. It only took five short years, but things are much better now and they are starting to see that Molly is a talented photographer. The kink thing doesn’t come up and why would it. Parents don’t want to know the details of their children’s sex life anymore than children want to know about their parent’s.

I did promise to finish with combining the two, but as you can see (or at least I hope you can) that in the end it really was the same thing that worked, patience and obvious love. That is really what all parents want for their children and what all children want for their parents.

This path, which has worked well for us, really only worked in our unique situation. You may have parents that might not ever come around to the fact that how you are leading your life makes you happy. For some parents they can only see what fits into their world view and they can’t understand how people can live any other way. There are times that you just have to know that while they may not get it, your happiness in the end is what matters. You may not get them to see your point of view, but maybe, just maybe, they can find a way to accept that you are heading down this path and that while they might not like it they will find a way to wish you well on the journey.

My mother was able to attend our wedding before she died and I am very glad about that. She seemed very happy that I had found someone who made me happy, even if that meant I lived in another country. She was a extremely religious woman and finally  came to grips with the fact that I  was not and I think in the end found happiness in my happiness.

Family and kink, really anything having to do with sex is so complicated and depends on so many variables. But in the end you have to make the choices that give you the life you want and need. You can spend the rest of your life trying to explain why that makes you happy, but in the end they may never understand, and you might just have to live with that.

One thought on “A Family Circus”

@BeStillMyBeaten I absolutely agree with you. I would never let her me again.

@teflonreturns Uhuh. That is some next level MIL horror