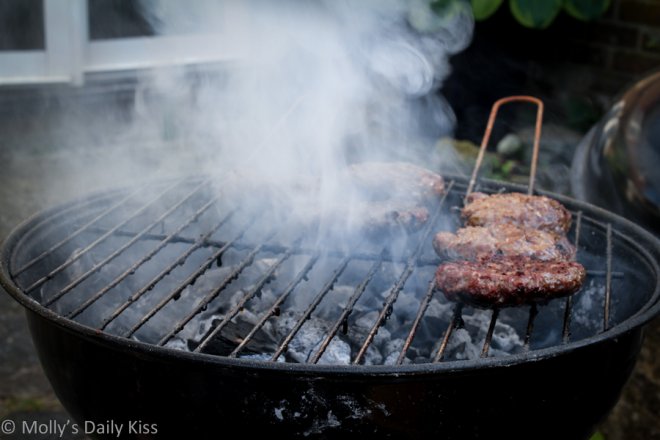 So instead I will talk about last night. Molly had the black backdrop out and took some very lovely pictures a few of which I used for yesterdays post, you did read yesterdays post? I ended that post with a request for her to fetch the vampire gloves (which she did not do in spite of reading the post) but at bedtime I got them out and proceeded to spend a great deal of time spanking her lovely, lovely bottom.

It took much longer for me to raise those little red droplets of blood that she loves so much which illustrated to me the need to pre-beat her before switching to the vampire gloves. It seems that the groundwork that a beating lays is a needed preface to the messy part. But eventually the desired result was achieved.

After which, well, that is when things started to get really kinky. Suffice it to say that there was in Molly’s words “sexing” and orgasms. Really it was a bang up end to my 4th of July.

We did have a traditional 4th of July cookout. Even if I am far away from the land of my birth some traditions must be upheld. I cooked chicken, burger and some actual American hotdogs made of beef. Then of course the one thing you must always make when having a cook out, S’mores, long after nations have passed the S’more will carry the memory of murrica on.

Have a happy, delicious and safe 4th wherever you are.