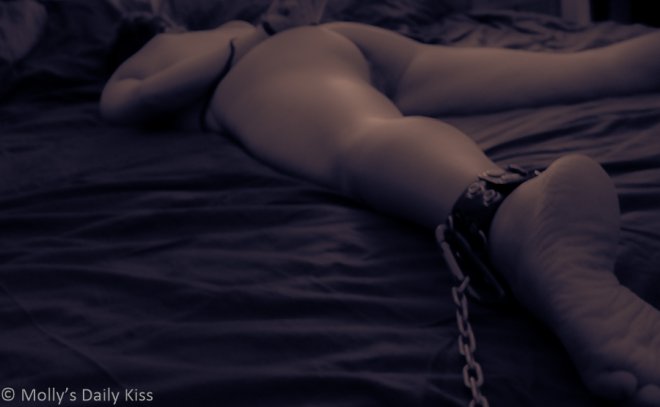 So today dear reader I learned that yet again I am not doing D/s right. This is not an uncommon occurrence, I often find that social media is full of example and teaching to let me know how I am getting it wrong and we are not really D/s. Here is today’s lesson

Here are my thoughts. Yes, you can have a D/s relationship without sex, and if that is what you want cool. But why must it be exclusive? Why MUST we separate these things. If you have a partner where D/s and sex are blended why is that a bad thing? What is it about sex that demeans D/s? Why does that make me/us superficial if it is all part of whole?

This is not the first time I have encountered this. Way back shortly after we started the munch we held a munch/play party. It was a fun event in a photography studio. About halfway through the event a couple started having sex in the bar area and a few minutes later we were approached by a Dom who pointed out what was going on and said “There should be rules against that, I don’t want to see that” We pointed out that he had just had his sub on a gynecologists chair and was flogging her  tits and pussy and that their might be those who didn’t want to see that. Our rule has always been at our play events that sex was just fine.

That being said if it is important to you to draw a bright line between sex and D/s well, that is your business.

But to tell me that I must do the same as you? Well, that is my business and I shall gleefully ignore your rules and remain “a tad superficial”

P.S. by Molly… If there isn’t going to be any sex then I am probably going to not be that interested in doing it.

3 thoughts on “A Tad Superficial”