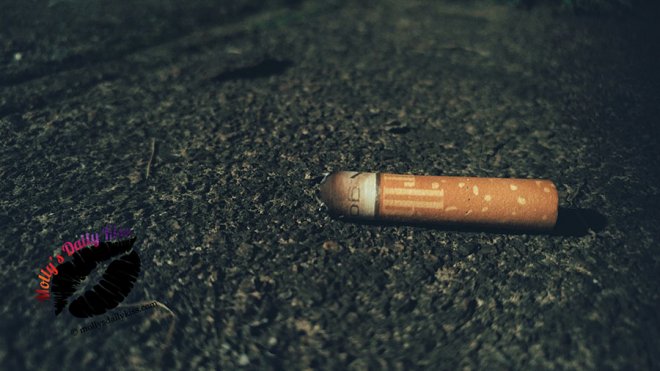 The cigarette dangled from his lip, just like it did for James Dean in those old black and white movies. She nearly giggled at the thought, but not because it was funny or cute but because she was terrified. Terror does funny things to your mind, especially when you are strapped naked to a cold examination table with your legs in stirrups. He pulled the nitrile gloves onto each hand as he sat on the small stool between her legs. The bright purple gloves looked oddly out of place on his scarred and tattooed arms. She noticed that he kept right on smoking the whole time as he slathered lube all over his hand and she squeaked when he finished with a cold squirt on her pussy. She would have made more noise except that her mouth was filled with a rubber coated ring gag.

She had no idea where she was or even how she got there. One minute she was finishing her wine at a dance club and the next she was naked with a man about inspect her cunt. He spat the butt of the cigarette onto the grimy floor and pushed his fingers roughly into her pussy. Increasing the number of fingers inside her while adding the index finger of his other hand into her tight little ass. She moans in spite of herself as he fingers her roughly. Her cunt getting wetter and wetter as he thrusts his fingers in again and again.

Suddenly he stops and she whimpers in disappointment. She was getting so close! He strips the gloves from his hands, casts them carelessly aside and steps to the phone hanging on the wall. He punches a few buttons and pauses until someone answers. “Yeah, she is ready for it, how long until I bring her in?” His voice is as scarred, dirty and rough as the rest of him. “Thirty minutes? Yeah, I can keep her occupied until then”

He hangs up the phone and steps back across the room until he is standing at her head. He pulls a crumpled pack of cigarettes from his jeans pulls one free with his teeth and lights it looking down at her. Once he has the tip glowing red he unzips his fly and pulls his cock out.

“We have thirty minutes and you have a very pretty mouth. Let’s get to know each other better” he pushes his cock into the red circle of the ring gag and into her mouth as the smoke wreaths his leathery grinning face. “Do a good job and I won’t have to burn you”

One thought on “Smoke”

@ASensualSiren1 @_LittleSBitch LOL I couldn't deal with it being ruined so decided to stop.