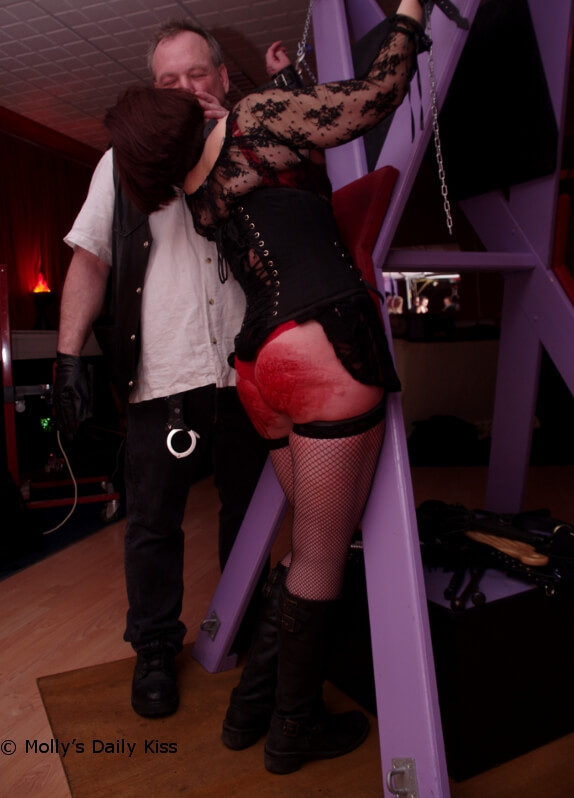 As I have mentioned in a past post I was raised in a bygone era where hitting a woman was considered one of the cardinal sins. So when I got this question on twitter it resonated with me.

one I’m interested in is ‘top guilt’. It’s drummed into guys to never hurt women, yet in a way that’s what you do

My first exposure to BDSM was courtesy of my Grandfather. He owned a tiny cab company in a tiny town in Massachusetts and when I was younger I used to spend time hanging out at the garage/cab dispatch. I would listen to the cabbies talk while smoking cigars and knocking back a “bracer” while between fares. I loved to poke around the shop checking out the tools and gadgets and the girlie calendars that hung on the wall. One day I found an old footlocker under the tool bench and since everyone was out with a fare I decided it was the perfect time to snoop. 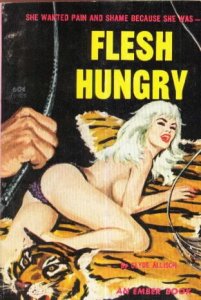 Playboy had made my cock hard, these nearly made me come in my pants, and made me feel guilty all at the same time. I very quickly put everything back as I heard a cabbie pull back up outside and was back in the office with a newspaper on my lap faster than a bolt of lightning.

It was nearly 20 years before I did anything about the feelings those books and magazine had engendered in me. It took the arrival of BBS (a precursor to the Internet) until I stumbled across writing and pictures that brought the rush of that early exposure back to me. I showed my spouse the stories and images and we added some of what we read into our sex lives.

We talked for many hours a day and to be perfectly honest, before I met her I did not consider myself dominant. She showed me that I might just have missed the signs.

So it is no longer a guilty pleasure (I do have others), in fact it is the transgressive aspect of what we do that I enjoy the most, I get to revel in that part of me now and I have her to thank for that.

P.S. I think I may have repaid her for helping me find who I am. The picture for this post might show that, just a little. 😉