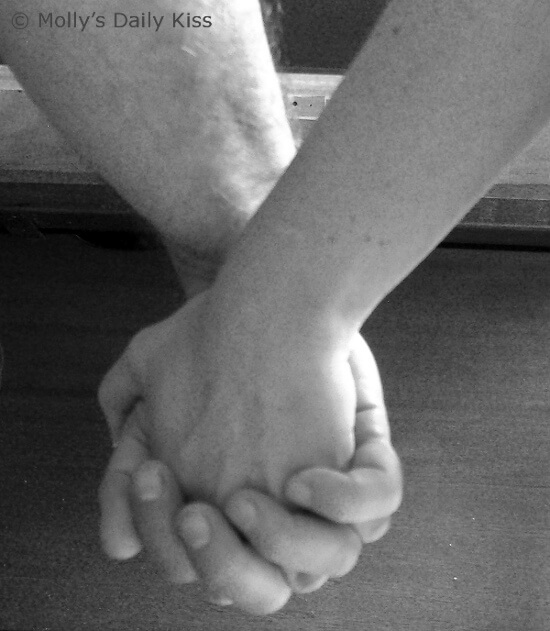 Ever since he wrote this post Cloudy with a Chance of Meatballs, it has been playing on my mind and so I have decided to write something in response to it.

Firstly he is right about Mother’s Day, I am not a huge fan, to a lesser extent the same is true of my birthday. I find Mother’s Day generally a stressful thing. I want to make it nice, enjoyable, happy for my Mother but how? So I spend hours agonising over it, trying to come up with something that will make her smile and feel fabulous. The more I think about it the more my ideas seem woefully inadequate and so I am locked into a cycle of over thinking and indecision.

Then there are my children. I love them dearly, I really do, but my greatest Mother’s Day gifts are when they spend it with their Dad and sent me adorable sweet text messages or leave behind hand made cards. This Mother’s Day involved a lot of active Mothering on the homework, taxi driving front. By the end of it I was exhausted and the introvert in me just needed some space but telling your children you just want to go and hide in your bedroom rather than enjoy the meals that has been lovingly prepared for you is not OK. I am not a bad Mother but maybe I am a bad Mother’s Day Mother.

Then we move onto the part of his post about him and us. Yes he really did make “a bone headed comment that hurt her feelings” and probably worst of all he did it front of my Mother. Now I am not writing this to make him feel bad, far from it in fact. At the time when he said it, it hurt like hell, but I didn’t react, I buried it deep inside and carried on like nothing happened. I have since found out that I scored 10 of 10 for ‘covering it up’ because he had absolutely no idea that what he thought was a funny teasing comment had actually caused me to want to cry. When we got home that night I remained silent, and this is where I went wrong. Rather than sitting down with him and telling him I kept the hurt buried deep inside me, internalising it. Yes it made me a bit quiet and withdrawn but I am fairly sure he just assumed I was tired after a lot of driving and a lot of people time and so we went to bed and I spent most of the night tossing and turning and fighting with the hurt on my own. By the morning I was not only still full of hurt but of course now I was super tired and grumpy and so when my children appeared in our room with offers of breakfast and cards they had made I did my best to be happy and welcoming but I have a feeling that my best was not quite good enough. Once they had left I told him.

“What you said at my Mothers yesterday about me, that really really hurt and upset me”

Sadly for me I need time to process stuff and I need time to talk. I should have bought it up when we got home the night before so we could have done all that and then gone to sleep but I didn’t and with my son waiting by the door in his football kit their was no time for us to do it now, nor would there be for the rest of the day and so we both spent Mother’s Day putting on our best parenting faces whilst feeling fairly crappy.

Just for the record we have obviously talked about it a lot since, and I know that he never meant to be mean or hurtful. It was a silly teasing comment that he really had no idea would upset me like it did. We have all done it to someone in some form or other but for me what stands out about him and this is that unlike times when I have experienced things like this in the part with a former partner he didn’t say any of the following to me

“You are just being silly”

“I didn’t actually say that”

“Truth hurt did it?”

“You are making something out of nothing”

“But it was funny”

You get the picture I am sure. Instead he listened, looked desperately sad as he realised what effect his words had on me and even wrote that post about it.

What does this have to do with D/s…. sweet fuck all. Sometimes the grind of daily life can just overwhelm all the intentions you have for making each and everyday special and fun.

But I think he is wrong (yes I know, me the sub telling him the almighty Dom he is wrong) because for me this post has absolutely everything to do with OUR D/s and should tell you exactly why HE is my Dom and the man I love with all my heart. He didn’t try to hide his mistake, or deny it, or dress it up as something else, or twist it back onto me, he owned it. He may be the Dom but he is not above making a mistake and the fact he can own that and share it with me does not make him any less of the Dom in my eyes in fact it makes him more because it is truthful, honest and real. He didn’t ‘dom it up’ instead he looked me in the eye and said sorry and that, boys and girls, for me says way more about him as a Dom than just about anything else ever.

7 thoughts on “Do you really want to hurt me”

This is so beautiful twitter.com/undersomeonene…

@girlonthenet And I have a hankering for the route master. It reminds me of childhood and I can almost smell the bus when I see it.

@MPBjulie Yay to both things

@ETCostello1 Ha! Agreed. Perhaps you should write something about it. It can be fiction. Happy to host it as a guest post if you do