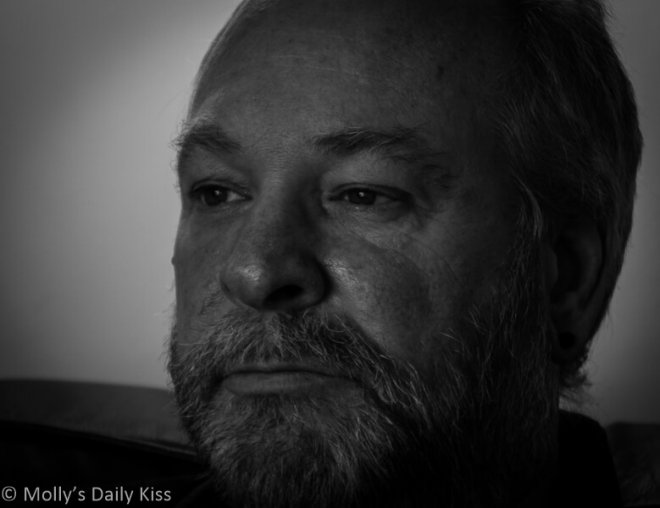 I am a bit older than Molly. She seems to to take great delight when I talk about the year that I graduated High School in telling me that she was six. Or that the year that I lost my virginity she was two. Something about the fact that I am older seems to work for her and in our discussions about her past relationships a theme of sorts has emerged. It turns out that out of her last five partners ,three have been at least twelve years older and one by a much greater margin(over twenty plus).

We chatted about this while having a walk around our neighborhood (since it was a rare non-rainy day) and had a pint at the pub, my pint was Diet Coke before you go getting all excited, and talked more about what it was that attracted her to men of a certain age. It seems that while some of it has to to with the body type of older gents (the waifishness of young men is right out, while nubile young women are right in) mostly it seemed to be the maturity factor that was most important, the old fashioned manners of older men, their worldly attitude, views and knowledge. To quote her directly.

“I like that you know more than I do, I couldn’t be sub to someone who lacked  knowledge and experience, I need to know that you have some wisdom.”

I am very glad she feels that I fit the bill.

Now don’t think that it is just the brains that world for her. I happen to know that Molly likes the looks of older men too. Her top five celebrity older men are:

*Who just squeaks in on age since he is only Fifty.

Again in her words,

“It’s that rugged, weathered look that does it for me *growl*”

I guess that means that it looks like I’ve been rode hard and put away wet.

So on to my feelings on the matter. I’m going to start with the fact that I really don’t like the expression “Silver Fox” I don’t feel that captures anything that feels like, well, me. I have never ever thought of myself as a fox, rugged and weathered seems to be a much better fit. There are a few other terms that I find problematic. Dilf, that makes me sound like a Swedish sex toy. Gilf, that makes me imagine that someone is offering some sort of smelly preserved fish. Calling me either of those is going to get you banned from touching my happy place.

How do I feel about the twelve year age gap between myself and Molly, well, to be perfectly honest… I like it. I like leading and teaching (I really like teaching) and not just kinky things, I love teaching Molly about tech and science and the books and movies that I love. It also adds a certain spice when she is feeling “little” but that, as I too often say, is a post of its own.

Prior to writing this post I did a little twitter research on the age gap to see how many of our followers like an age difference (or maybe even required one) and I got many fantastic responses (thank you for indulging me) and I was greatly pleased to see that many had relationships that were varying from five to twenty plus years in age difference and while some were firmly in the age difference camp, most said that it was more down to the person than it was to the age gap.

I like it when people judge people by who they are, rather than on some arbitrary number.

So just like always, people like what they like for whatever reasons they like them, for myself I am really glad that one of the things that Molly likes about me is that I belong to the group of men of a certain age.

11 thoughts on “Men of a Certain Age”