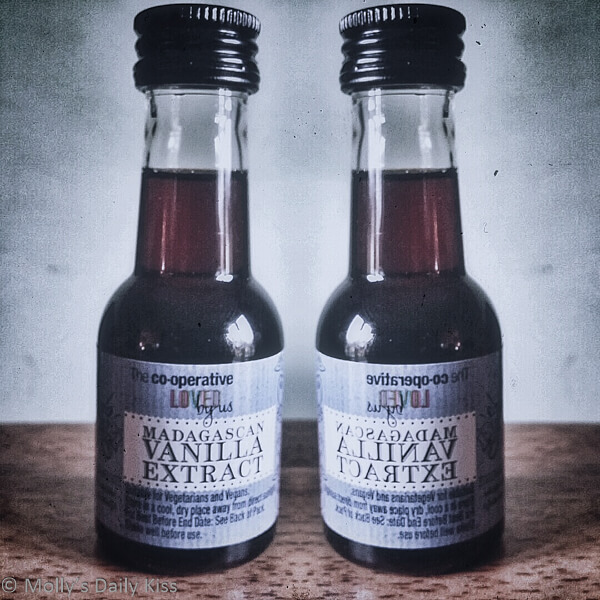 I like vanilla in my ice cream, I like it in my cookies and cake, I even like it in my coffee. I would wear it as a cologne if I was a aftershave kind of guy. That is just how much I like this flavor.

I do not however,  like it when the kink community calls people vanilla. I understand why kinksters do it, mainstream society is judgemental and frankly has the power to ruin our lives. Being outed as kinky can cost us jobs and families. The portrayal of kink in the media is almost always played with the creepy card “Look, at all the whips we found, obviously they are the criminal” and so it is natural to want to refer to non-kinky people in a way that claws some of that power back.

Aye, but here’s the rub. I personally don’t believe that there are kinky and non kinky individuals. I think we are all kinky it is just that some peoples kink is doing it on a Sunday night in their PJs with the lights out.

We all live on a sliding scale of kinky and at no end of the scale is there a listing called “vanilla”, and likewise there is no end marked “most kinky” because kinky and less kinky are really only a matter of perspective. What I think is perverse and what you think is a normal Saturday afternoon might be exactly the same thing!

One of my favorite expressions that I have learned from the kink world is YKINMKBYKIOK* (Your Kink Is Not My Kink But Your Kink Is OK) Now this does not mean you have to like my kink, share my kink, or even look at my kink. I am sure there are many that shudder at the things that Molly and I do, and that is OK. You are allowed to think it is icky and gross, you just aren’t allowed to judge us for it. Just like you don’t want to be judged for the things you like.

We are all, each and every one of us Special Kinky Snowflakes and we should celebrate that and not denigrate each other.

So let’s leave vanilla as a flavor and not a term of contempt so I can get back to enjoying it in all it’s many glorious varieties!