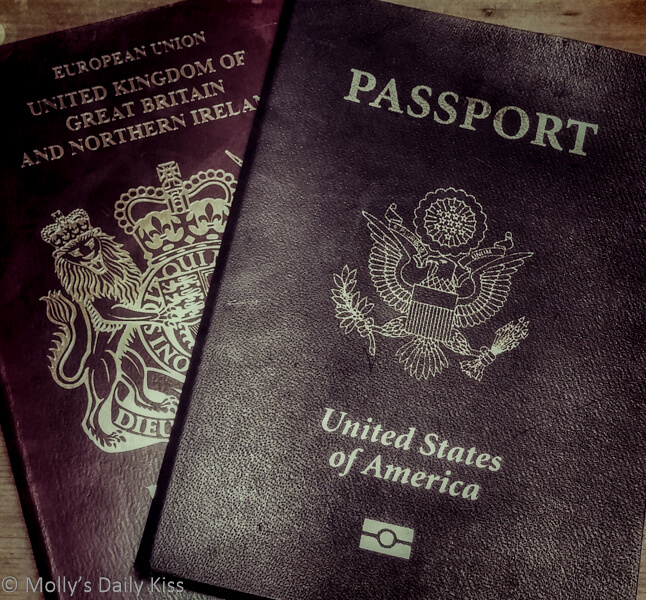 Once upon a time Molly and I lived 3536.533 miles apart from each other. She was 5 hours ahead of me and that made our LDR and our D/s difficult at times. We had to be inventive and a bit sleep deprived.

I bet you are all hot and excited now! Spreadsheets as a general rule of thumb are not hugely sexy, but after considerable modification I made this into something that we have used for almost five years now. It lists (almost) every possible kinky notion I could find and some that we added together and well, rather than trying to list it all here is a screenshot. 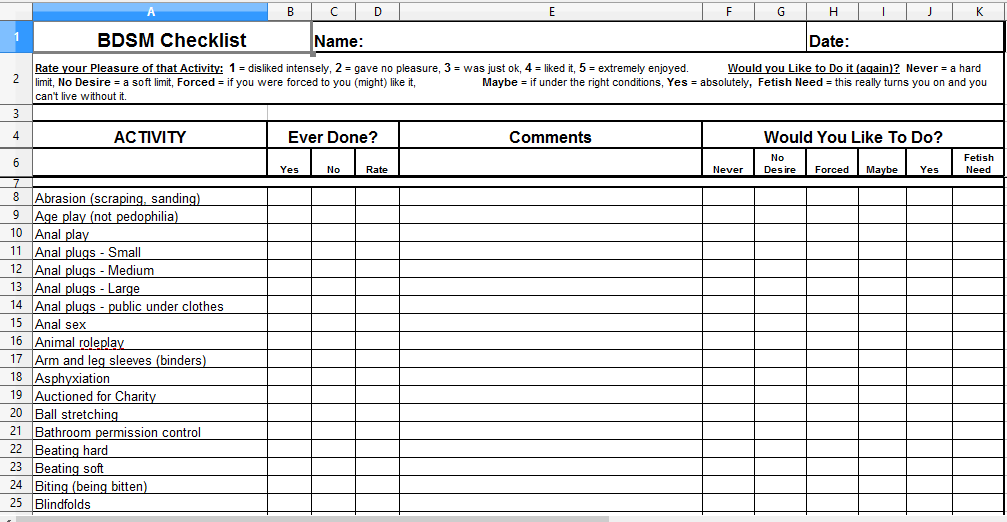 This is not a static document, but a living, changing record of how our lives and our kink have developed over the last five years, even now just looking at the versions over the years it is very interesting to me how items that were in the “Never” column have wandered their way across to “Yes” and visa versa.

This was an important document at the beginning of us, it gave us a framework to discuss kinks and learn about each other. It gave us something to think about during those times when distance made it hard for us to be together and it remains an important touchstone for our D/s today.

2 thoughts on “Show me your papers please!”

@_LittleSBitch Fair... I may have more of a body shot. No face obviously...well not that I can share

@cavey2014 @MonstrousJaffa Thank you for the image x

@_LittleSBitch Oh he is soooo fine. Hang on and I will link you. Also I have images I have not posted yet