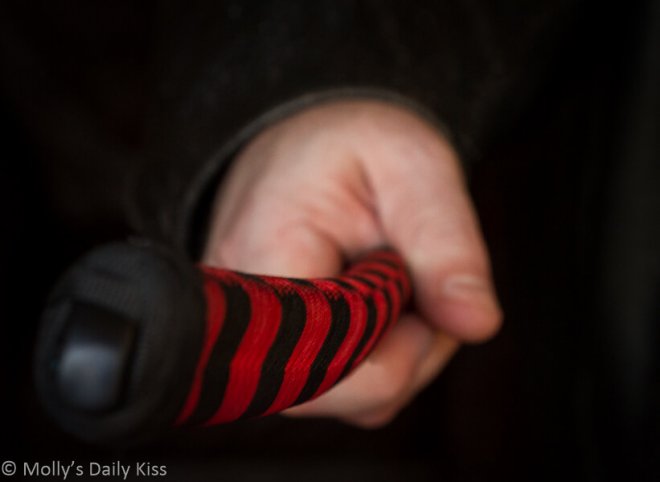 This wonderful thuddy implement was made by Carneval who has sadly stopped making toys. We have a number of his items that you will get to meet as we take this journey together. 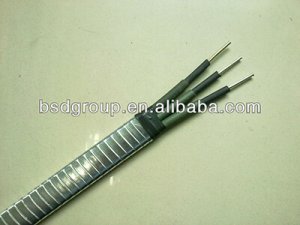 This means that the Cane Snake is stiff, but still bendable, so it has some give on impact and I will often flip it over so that the bend that occurs as I used it slowly reverses. I do need to be careful what part of the body I apply this to as hitting a thinly fleshed area can cause severe pain. I tend to target the buttock and upper thighs, but breasts can also enjoy some carefully aimed blows. 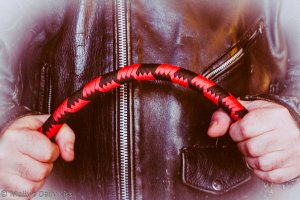 Molly’s last encounter was last Sunday night on the sofa. She was in a bit of a mood and I decided that a touch of attitude adjustment was in order and I ran quick like a Domly bunny upstairs and grabbed it out of the kit bag.

When I returned downstairs I pulled her from her chair (while she protested all the way that she was in a much better mood now) I put her face down on the sofa (with thoughtfully supplied cushions for her head) and began working on her bottom. Molly always claims that she can go longer if I start out gentle and slowly build intensity, but she tends to get a bit confused about the passage of time while we play and often thinks we have only played for fifteen minutes when in fact it has been an hour and a half. I personally find that if I start off a bit hard and then back off for the slow build mixed with occasional brief times of heavier impact that not only can she take more but it is much easier to get her into the joyous subspace she so desires. Mixing things up keeps her from drifting completely off to the point where it gets hard for me to judge when she has had enough and most importantly the extra impact allow me to leave the marks that she lives for.

The Cane Snake can deliver those marks but only with extended use as it tends to leave the deep bruises that only show up after time, but you can tell how well you have done by feeling for the lump you have have raised in her bottom.

I think I may have improved her mood… as well as mine.

6 thoughts on “Snake in the Grass”

@RantingsofaNM @girlonthenet @cjlemire Oh the Wawa! We have nothing here that even comes close to the joys that is a Wawa

@girlonthenet @cjlemire You should also ask for some Airheads. They are good too

@girlonthenet @cjlemire My current bad is dwindling. The Charmer sent me them for Xmas