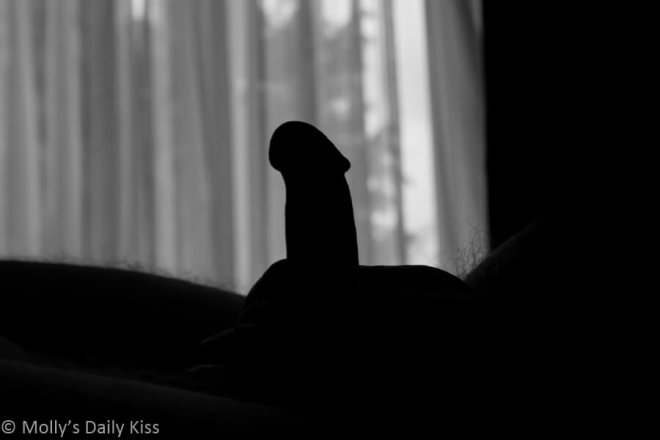 So yesterday Molly wrote a post How I feel when I am not used. And lovely people commented (some comment in my Twitter DM to remain anonymous) but it seems that some people might have taken away something more than was intended. Take a moment to read the comments please. Here is the the Twitter DM comment

I understand Molly’s feels on this subject. My ex husband (not D/s) used to masturbate when he was angry with me (which was often) because he knew it hurt me. I know this is not the same situation, but my feelings of hurt at him choosing his hand over me/not sharing it with me are the same. His lack of respect and continued deliberate actions to hurt me were immature and, eventually, ended the relationship. I am also very interested in your perspective. Your feelings of thinking you’re doing the right thing by letting her sleep, but inadvertently hurting her. I like that you share that side because even with good intentions sometimes we can trip over an unexpected trigger. Glad you were able to discuss this as a couple instead of falling back on the perception that the D is always right over s. We can’t always get things perfect in relationships, but respecting a partner and listening will minimize the trip ups.

I will reiterate here that my only intent was to not disturb her sleep and while that caused unintended hurt it was indeed with the purest of motives.

I will jerk off whenever I damn well feel like it. Just like Molly can (as long as she asks permission, we are D/s after all). Now since I am a considerate Dom, even if that goes wrong from time to time, I have taken her feelings into account and now that I know what it means to her I will find a way to incorporate that into our sexual relationship. But that is only because I choose to.  Not for any other reason. I don’t ever need to justify having a wank.

Nor should I have to and I should never has to feel guilty about it. Through the long years prior to having met Molly I have had tens of thousands of wanks (I don’t have a wank log so you will have to take my word for it) and I have had them for as many different reasons. I spent over a decade on the road away from my partner where I would jerk off when the sexual tension built up. I have had a wank when I was home and she didn’t feel like having sex. I have had a wank because I was bored and just felt like it, and you know what, all of that was okay. I am sure that most of the world has a sneaky session that their partner never knows about and in most cases I am fairly certain it does no harm. Yes, people can be mean and thoughtless and use it to avoid having sex and that is not cool, but that isn’t the case here.

P.S. I always say that she is the one with the talent and her post proves that yet again, she is a much better writer than I am… that can be very annoying 😛

I just want to be clear that I was not dictating wank rules to Michael, nor was I intending to make him feel shamed or guilty about what happened. I was expressing how, what happened, made me feel so that he could better understand my reaction and making clear my needs and desires because otherwise my reaction that morning would have been far likely to make him feel bad. By communicating my feelings I have actually done the opposite and created a better understanding on both our parts about how I feel about this subject. If he wants to go and have a wank I am OK with that, even if he didn’t invite me along for the ride so to speak, it is after all his penis. In fact him doing that and telling me he is choosing to deny me would probably be a frustrating turn on to me but I needed him to know that if he wants my body for his pleasure then I fucking well want him to take it because that is a big part of my identity without our D/s relationship.