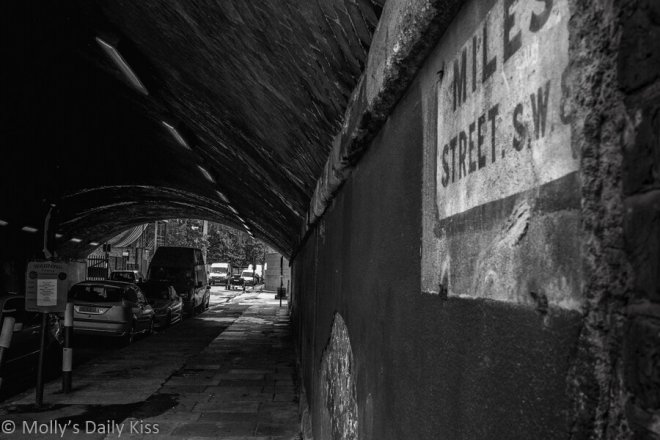 I was asked today

“What is it like to have women be afraid of you? I know that I am sort of asking what is is like to be a man”

I completely understand why they do it, women are hugely at risk when alone out in the world and frankly it is always men that are the reason that they aren’t safe. I am utterly sure that if I was the vulnerable one placed in those situations I would do exactly the same. But I can only imagine, because I have never been in a situation where my safety or life has been threatened. Sure it doesn’t only happen to women but it is far more likely to happen to them than me.

The part that gets me is that so often I hear women making excuses for their fear.

“I’m sure I was overreacting”

“I was judging him”

“He didn’t really do anything, I just had a feeling”

What I want to say is that most men are like me because we tend to think people are just like us and I would never harm or threaten a woman and cause her to feel fear (unless of course that was part of a planned scene) but I have learned that people are not like me, that they can be vicious and cruel and horrible.

So while it doesn’t make me feel good that women are frightened of me because I am male. I would always rather they felt safe than have even a tiny bit of worry about how it might make me feel. From what I have seen the way the predators work is that they use that to their advantage. They convince you to make the little choices that by themselves don’t seem that bad, but in aggregate lead to a destination that no women should ever find herself in. Trust what you feel, it doesn’t matter that it might discomfit me, or that you hurt someones feelings. Your life is worth far more than my ego.

Me, I will try to do my part to stay aware of those that prey on others and call out people I see taking those steps that cause such horrific harm and teach anyone that I can to do the same, because I want to live in a world where the only people who fear me are the people who have consented to it in the name of kink.

3 thoughts on “Not the Right Kind of Fear”

Day 292 "Shy maids are my favorite sort. Aside from wanton ones..." ~ George R.R. Martin pic.twitter.com/SxKMdUbNp6