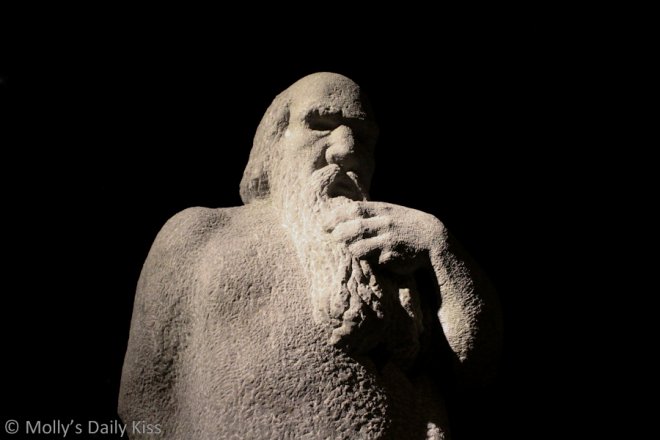 Once upon a time we had a chance to meet someone who was a kink hero to us.  Someone who’s words you have probably read and nodded at how clear they made it all. It was a random alignment of stars that even made it possible and we were very excited. This was a big deal to us, that someone this well known would take time from their busy schedule to meet us, just plain old folk.

So we set off for London for our appointment with kink royalty (hey, so we were a bit star struck) at a small restaurant. In a previous life I was a concert sound engineer, I have worked with some of the biggest names in the music business (and I have put a mic on a dog) so you wouldn’t think that I would be all a flutter, but this seemed somehow different.

But it wasn’t different, we met a guiding light in kink and were profoundly disappointed. We didn’t start disappointed, we had our first inkling pretty quickly when discussing Molly’s works and sites and the question we kept getting asked was.

“What is your goal?”

We tried to answer with our usual responses about building community and presenting kink in a positive light, but the question just kept being repeated.

“But what is your goal?”

Perhaps we were just being dense or blinded by our proximity to fame, but eventually as we talked about other projects they had underway the light bulb moment arrived. The question wasn’t about what our vision or purpose was, it was how we planned to monetize it.

We were stunned and when our Fetlebrity left us to use the bathroom we looked at each other and sighed. I don’t know who spoke first and we may have even both started at the same time.

“Did they really mean that?”

We decided that perhaps we had misunderstood and offered some advice on their current project and what the kink community was like in the UK ,but it didn’t take long when it became glaringly obvious that the kink community was nothing but a vehicle for fame and of course the prime motivator, money. To say that we were aghast was an understatement and so we finished the evening with chit chat and said our goodbyes.

On the train ride home we had a long chat about our evening and how disappointed we were, and it dawned on me, maybe for the first time that I had been a bit of an idealist. I had made the assumption that kinky people, even well known and well respected kinky people were all working towards the same goal. To make the kink community better, to show it off to the world in a positive light.

But I had forgotten a profound truth. That many people just see it as a means to an end. A path to fame and fortune.

I have been very careful in this post not to mention the person we have met and since that meeting we have encountered many other people in the sex blogging and kink community that are much more well known than we are and they (so far) have all been lovely people that I treasure as friends and allies in the world. But I do have to say that this encounter has changed my assumptions about those that appear to be chasing fame. Mostly that I need to temper my expectation about their motivations and use what I learned as a way to not behave.

So while you might not like who I am, you can be absolutely sure I am not pretending to be something that I am not.

@StephanieAlys Yes. I tweeted this morning too about my daughter and her friend being trailed along the street by 2 men in a car and then called sluts. They were 11 years old. I don't think age changes anything either end of the spectrum.

@StephanieAlys it was 11am, broad daylight, I was about 150 yards from the road & I had the dog with me. But he was alone, no dog, just standing there. I double backed and went out the other exit. That is reality of being a woman in this world I think. And it is NOT fucking OK Hugs to you

@StephanieAlys It is mad isn't it. I am sure I thought similar but not any more. I am 48 and I don't feel any differently. I took a detour in the woods just last week because there was a man standing alone on the bridge over the stream smoking a cigarette.