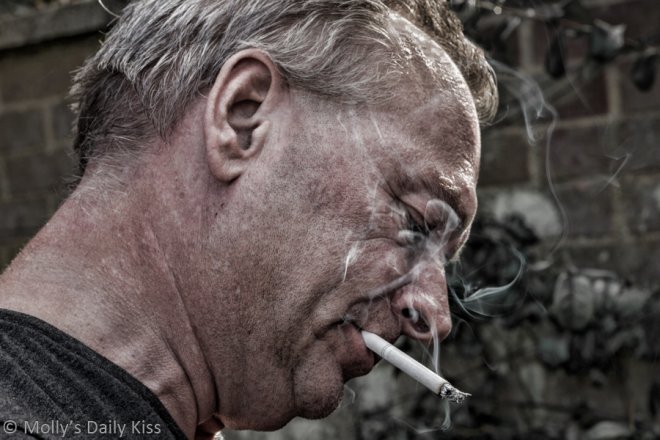 Since I can’t think of anything else to write about and it is getting late I have decided to write about my favorite vices, some that have fallen by the wayside and some that I treasure to this very day.

I don’t really drink alcohol anymore, I got that out of my system well before I attained the legal age in the US. But I will partake every now and again. A shot of Baileys over ice, or in my coffee on a cold winters night can really hit the spot. A Cranberry and Absolute (A Cape Cod where I come from) can be a temptation sometimes. But really the only one I am drawn to is a ice cold beer to drink just after cutting the grass. I don’t know what it is but there is something about tossing a Heineken back when you are dripping with sweat that is just so damn satisfying. But to be completely honest if I have more than two drinks a year I have been really stepping out.

I also used to liberally partake in drugs, hey, it was the 70’s and there was lots of fun to be had and I wasn’t going to miss out. It didn’t hurt that the stoners were far more accepting as a social group than any other of the school cliques. So I smoked a lot of pot in the seventies and snorted, smoked, and dropped my way through the rest of the pharmacological bonanza that the following decades had to offer. It was fun (mostly) and I learned a lot, but like all expensive hobbies one that is not compatible with a family life. So the eighties saw that vice wind down as well.

My longest term vice has always been nicotine. I started smoking at an young age and I have to be honest. I love it. I have never quit because I wanted to quit but always because others wanted me too. I even quit for a decade in the early aughts. But it truly is the seductive siren call that I have trouble resisting. Even during the long decade of not smoking not a day went by that I didn’t miss it. I know it is bad for my health but it has always been good for my mental health. If I get stuck with a problem all I want to do is step outside and light up a smoke and not think about it. That almost always makes a solution pop into my head. These days (except for special occasions) what I do now is vape. It sucks. It just doesn’t give me that body hit or head space that smoking a cigarette does. My poison of choice you ask? Newports in the US and JPS Menthol in the UK. Sigh….

Red meat, beef, steak, rare and hot and salty, a vice that is much more expensive in this country than it is the US. The first time I saw the price of a decent sirloin my jaw bounced off the floor. Sorry folks, I am a full fledged carnivore and whenever we are back in the US I do my best to indulge this vice as much as humanly possible. I will say that British beef just doesn’t quite stand up to the steaks of my homeland. I do find Irish beef can be quite tasty.

This final vice might surprise you, in fact I am sure that many of you wont think it is a vice at all. But for me it is, I have trouble doing without it. I must, on a regular basis, have a glass of this beverage, chilled to just above freezing, so cold that you almost get brain freeze if your drink it too fast. And not the green cap stuff, and never ever the red cap stuff. But the 100% blue cap, full fat, milk. Yep, there it is, my most shameful vice. God I love it, and I always have. Molly knows that if she wants to make me smile all she has to do is bring me home some whole milk.

Now I know some of you are thinking. “But Michael, what about sex?” Well my friends, unlike many in this world I don’t think of sex as a vice. It isn’t bad for you. It makes you feel good while doing something that resembles exercise and brings you closer to the person you are doing it with. Sex is not a vice, but an art form to be practiced as often as possible. It does come with one pitfall though.

Afterwards, I always want a smoke.

@KM1artphotos You are most welcome. Thank you for agreeing to take part

@BlokeWonky Thank you. It was sunny but I adjusted the tones a bit to bring out that feel