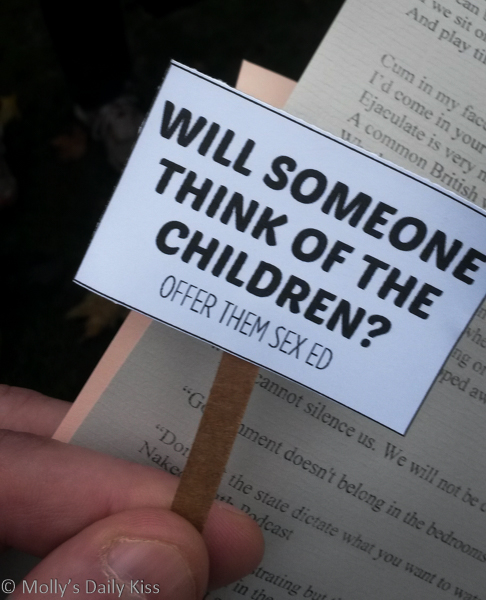 Some don’t think they will go after bloggers, I say that they are wrong. You are the easiest target, if the government says do as we say or face a fine what are you going to do? You will either participate in what I am sure will be an expensive program to comply or you will close down your site. The government will be very happy either way.

Pandora Blake has a far more detailed post about what this could mean. Go read that.

This will have worldwide impact as other countries wait to see how it works in the UK. So write your MP, write a post and share this with everyone that will support us in our right to express who we are and and maybe even make some money from what we do. I do not believe that it is our job to parent other peoples children. We keep ours safe by being engaged, there is no role for Theresa May in that relationship.

Can we please fix this? Because I am really tired of writing about it.

3 thoughts on “Will Someone Think of the Children”