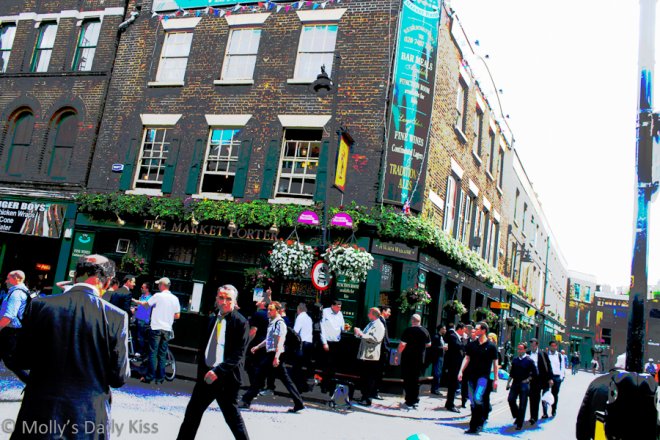 This post topic was suggested to me yesterday on the mighty Twitter and I marked it as a possible future topic and went to bed pondering it. I had thought that maybe I could let it pass by but then I woke up this morning to people justifiably outraged over a post about how to approach a woman wearing headphones. Now I am not going to spend a lot of time going over the horribly bad advice that this article gives. The short answer is, if a woman is wearing headphones, she doesn’t want to talk to anyone. If she does find you the most intriguing thing since sliced bread she will take out the headphones and talk to you.

Instead I find myself needing (yet again) to talk to the men most likely to fail utterly at listening to my advice.

Now Molly had no idea what that meant and I struggled to find a Brit equivalent, so I will attempt to describe the murrican version.

They tend to be white  males, usually 16-25 (but I have seen them into their 30’s and beyond) years of age, they come from anywhere, USA. Known for their love of College football, pickup trucks or SUVs, beer, cut off cargo shorts, branded polo shirts, and baseball caps. They are almost always Frat brothers and they might even be interning at a start up.

Dude bro’s are amazingly insecure in their manhood, which makes them: insanely jealous of who their girl friends talk too, stupidly macho, and aggressively homophobic. In groups they boast about their sexual prowess in horribly misogynistic ways and frankly they are utterly bewildered that women need to be treated as actual human beings and not like prizes or achievements.

This is not to say that older men can’t be raging assholes as well. Poor Molly has had to tolerate all kinds of ridiculous behavior from the men at the local photo club. I could easily fall into this group because of my age, but I was introduced into a better way to behave in my teens. I learned my manners from the older generation and to respect women as equals from the social movements of the 60’s and 70’s. Even then I know that there are those who think I still have some of the wrong notions of my elders.

Now that I have all that out of the way, what I really came here to say is that it is time for the Dude bro’s to wake up. The entitlement of the world you inhabit is going to pass away and you will be left old and lonely. Remembering your glory days is not going to keep you warm and loved like the company of a caring and equal partner. Stop misleading those that are looking up to you as role models that this is any way to live or treat people. It isn’t too late to make this right.

Then maybe women won’t need to wear headphones as a sign that they really just want to be left alone. Maybe they will feels safe enough at a bus stop to have a conversation withotu becoming a target for you to hassle. And for fuck sake learn to handle rejection gracefully. You don’t get to be a prick just because someone isn’t interested.

For love of all that is holy relearn what it means to be a man and a gentleman.

6 thoughts on “All the Young Dudes”