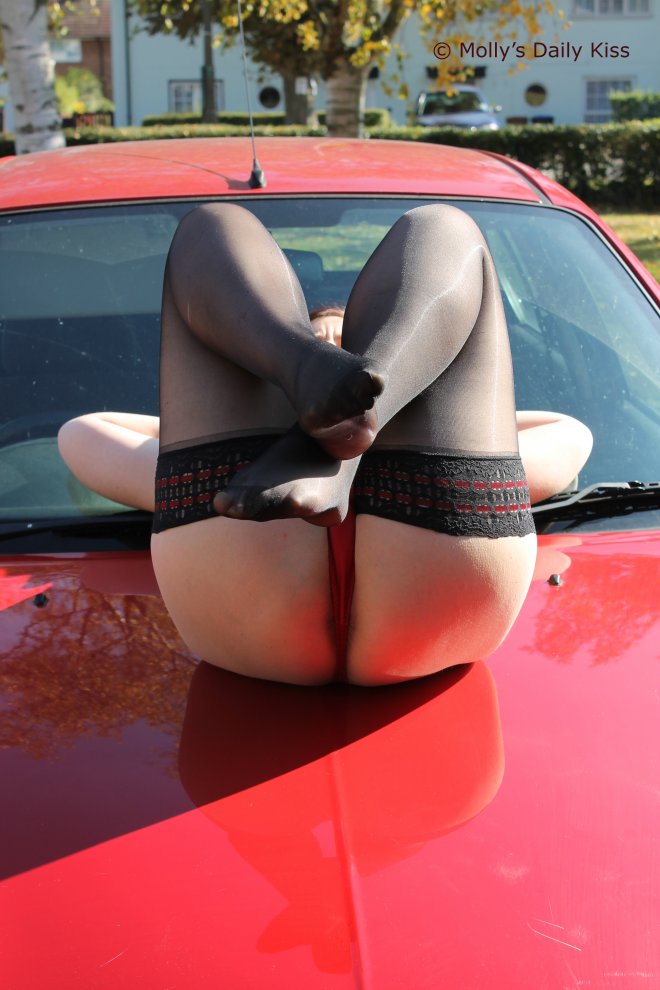 How do you feel about being watched? I am talking about public sex, but the consensual kind. Not fucking outside a school at pick up time.

That discussion lead to a conversation about Glory Holes and again while we have had some exposure to these it is just too anonymous for Molly to feel comfortable with a strange cock bursting on to the scene to be turned on by the concept.

But then there is the swingers/naturist club we have attended a time or two. A fabulous place where we have had a variety of sex visible to many of the other people attending. I know that turns Molly on. She had been many times with a former partner to do actually swinging and I know she had a lot of fun. It was part of her sexual awakening and learning who she was as her own person. But I am not as confident in that regard as she is, so while we have had a lot of fun sex there it has been just between the two of us with the crowd as our (hopefully) appreciative audience.

But for me, well, while I am happy to fuck her almost anytime and anywhere it doesn’t really add nearly the spice to it for me as it does for her. However I do know that I like how much it excites her and I do have plans to take advantage of that in the future.

4 thoughts on “Who Let the Dogs Out”

"An intense anticipation itself transforms possibility into reality; our desires being often but precursors of the things which we are capable of performing." ~ Samuel Smiles mollysdailykiss.com/2022/06/1…

This is absolutely brilliant. twitter.com/brian_bilston/…

@AdrianSavory @BootstrapCook Thank you, thank you. Some of my best typo work