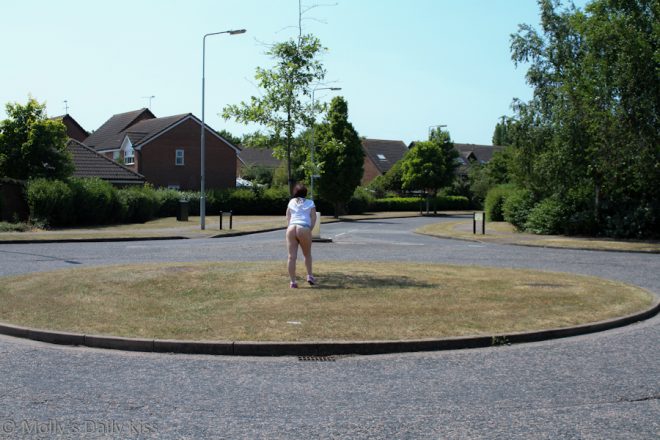 If you ever need to start a conversation with a Brit (a trickier proposition than you might think) there are two sure fire ways to get them involved. One is to talk about the weather and the other is to talk about directions. They will talk forever on both of those topics and if you rope two Brits into that conversation you won’t have to say another word for at least an hour as they debate the merits of taking the Magic Roundabout or any number of other cryptic discussions.

The thing of it is that for such a small country they seem to delight in making it as difficult as possible to get from point A to point B and then adding insult to injury by adding 17 miles of orange safety cones shutting down most of the lanes of traffic for a man leaning on a shovel (always wearing High Vis, another Brit fetish that I can’t quite come to grips with)

Or even worse adding something known as Traffic Calming a misnomer if there ever was one. So what for us in Murrica would be a day trip of 100-200 miles potentially becomes an overnight trip here in England. So the debate about the best way to get somewhere is an ongoing and ever evolving argument that can fire up the most reticent Brit!

And that is a useful skill because while it isn’t the norm across the whole of England here in the London area getting the local people to look you in the eye, never mind having a conversation with you is a real challenge. It seems that talking while on the subway (Tube) or even looking at the people riding with you is considered a cardinal sin and dog help you if you should smile.The truth of the matter is that most of the people here relish their standoffish natures and really would much rather not speak to you at all and that is their prerogative.

As someone who helps run our local munch though that can be quite a challenge, after all it is my job to find the newbies and get them involved so that they have a good time and come back to socialize with their fellow kinksters when they really haven’t had any practice talking to strangers. My answer? Ask them what the traffic was like on their way to the munch and did they have trouble finding the pub. As Molly says, it works a treat!

2 thoughts on “All Who Wander”