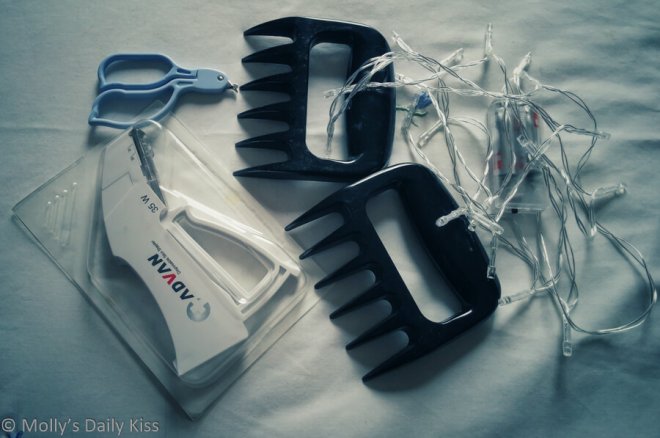 I was once asked if I planned every detail of what I am going to do with Molly when we are going to play. My answer was no at the time and that is still not the case. I prefer to have a general outline of what is going to happen, but to leave myself the freedom to improvise depending on the situation. I find that I get to rigid with plans then I get stuck when thing don’t go according to that plan and so much of what I want to do sounds like a fantastic idea in my head and then I find out that in real life things go wrong. I shall give an example.

Turns out that Molly is very nosy and…

Now I could have forged boldly forward, but I decided that it was time to take a different tack and that Molly being the kind of person she was needed to be involved in the party planning to make it the night that I wanted for her and the night that she wanted to have. And that is just how it worked out. If I had been inflexible about my plan she would not have had the wonderful (and very kinky) party that she got.

Right now I have have several plans in motion (To be completely honest I almost always do) but I know that what I have in mind is just a framework that needs to be able to change at a moments notice, so while she is fully aware of what I have dreamed up for our upcoming kids free weekend at Fem Sub Social Club, she is only sort of aware of my plans involving twitter (see my time line for more information if you would like to help)

The saying that I mangled for my title really goes. “Fail to Plan, Plan to Fail” and I think that is mostly wrong. I have found that the adage “Life is what happens when you are busy making plans” is much more apt. Because it is the goal that matters, not the path you took to get there.

P.S. If everything works out there should be some cool pictures for an upcoming post and hopefully a very kinky, sexy post soon after that!

Sunday Story-time (Beneath the picture you can find an audio recording of me rea... onlyfans.com/mollysdailykiss

Day 341 #mollys365 "The most beautiful experience we can have is the mysterious" ~ Albert Einstein pic.twitter.com/G3CJHXwTHR