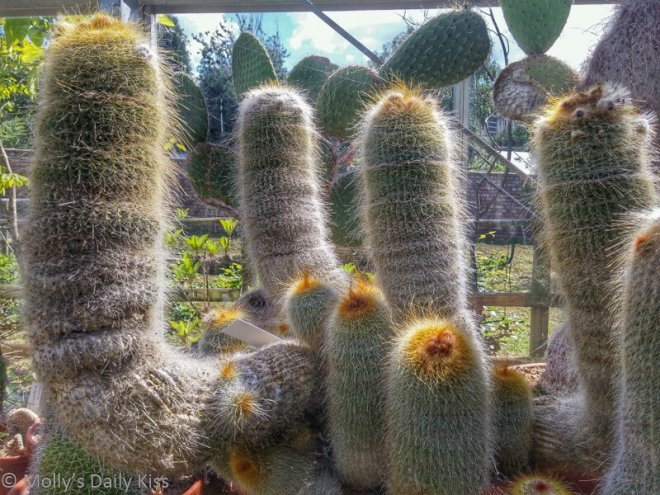 I, as you may or may not know, have a penis. On the rare occasions that I am asked about the size of my funzone I always answer “It has always been big enough to make me happy”

But it hasn’t been the easiest path to get to that place. It was my experience that as far as my peers were concerned size mattered and that size of your todger (Been waiting to use that one for a long time) was directly proportional to how much of a man your were. I remember in the showers in middle school watching people teased and bullied about how small they were and soon enough I learned how to time my showers after gym class so that the worst of the bullies were gone. I wasn’t personally teased for for the size of my dick, but I was always the shortest kid in my class and so my bullies found other reasons to tease me. It made me deeply uncomfortable to see other people harassed and so I did my best to minimize myself as a target. You learn a lot about that kind of thing when you are young. What it is that ranks you in the world, I learned very quickly that I didn’t rank very highly. I was small, dressed poorly, had braces and I loved to read. That made me a target of almost everyone.

When I got a bit older I began to find girls interesting and that only made your perceived social standing even more critical.  When I got to High School I had none of the things that were attractive to the opposite gender. I had decided that I was going to find a niche for myself and since I would never fit into what was the standard for young men of the day, I decided to go full hippy. I grew my hair (blonde at the time) long. Told my mother that I would no longer wear the clothes she bought me and learned to play the guitar. I made myself popular with the off beat crowd.

But even there you had to measure up. Even though the usual “be faster, bigger, stronger” rules did not apply. But there were new rules and most of them seemed to be how many people could you have sex with and if you had a reputation for not being any good, or small you found yourself rather lonely. Small was definitely something that  was a topic of discussion, among the guys as much as the women.  It was the time for free love and women’s liberation, so everything was up for change. Women were learning that sex was for them too and that it wasn’t about having babies, it was about personal pleasure, you didn’t have to have sex because a man wanted sex, you could have it because you wanted it and if you didn’t like it you could find someone else.

The porn (such as it was for the day) was Playboy and Penthouse so there were not a lot of pictures of men to compare against, but there were the Penthouse forum letters and they were the first place I learned the minimum acceptable cock size. 8 inches. Now no one ever said that, but it was obvious that all cocks that were going to make a woman happy were at least that size. It was easy to tell, nothing smaller was ever mentioned. Oddly those very same men’s magazines had many articles that told me that according to women size didn’t matter.

The 80’s came along and with it the early days of the internet and easily (well sorta) accessible porn. That is when it really hits home, all the guys you see are big, really big. Now I had never measured my tally whacker and I resisted still because who needs the fact that you don’t measure up confirmed. At this point in my life I was married with two small children. I had no plans of changing that (ahh the foolishness of plans) and I figured I was safe. Until the affairs, nothing like a bit of a blow to your confidence to make you question everything about yourself. Was I that bad in bed? Was she that unsatisfied sexually? Maybe I wasn’t good enough in all the ways I had never been good enough. Maybe I was too small.

Let’s skip over the next few decades that were really a repeat of the 80’s but with more and bigger stress and just say that now it was even more evident that while I had been told that size doesn’t matter by reading and personal explanation that it didn’t matter, it in fact did. Women (after some seriously dark years) were once again becoming more open about what they wanted, liked and needed and were happy to publicly say so, and they didn’t need the press or books to allow them too, they wrote about it on the new fangled WWW.

Then came social media and the ability to easily find and share the pictures you like. I see more cock on my timeline than I ever thought I would see in my whole life. I don’t mind, it is what works for other people and that is cool. What I don’t see is people posting pictures that represent me. What I do see and read is a new generation of women expressing exactly what they want. And some of them want size. People have personal preferences and that is of course their right, but sometimes their personal preference take me back to the days of feeling like I have been weighed, measured, and found wanting.

I don’t expect anyone to change, that would be ridiculous. I just wanted to share this and I am sure that many will just roll their eyes and play a tiny violin just for me. I can take it, I am a big boy now.

P.S. I have indeed now been measured (by Molly during a game of truth or dare) and know a number that has no impact on my sense of self. I am not giving that up for anything.

4 thoughts on “big enough to make me happy”

The Kisscast is back! Listen to all the Episodes, old and new. Episode 7 – Stranded in Toronto is.gd/JeewUe

@_Masterseye I think you are doing good work Eye. You are self aware and being sensitive and thoughtful.

@_Masterseye I always interact with mine completely individually. My relationship with them both is unique to each one. We have a group chat but rarely anyone types in it.

@_Masterseye So there is no expectation of them doing anything back and no mention of..she misses you..that might sound like emotional manipulation. Does that make sense?