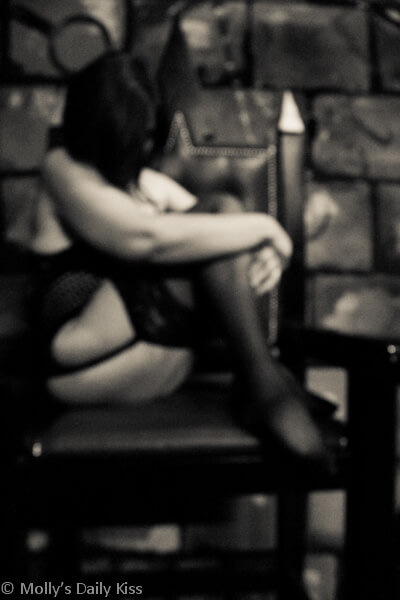 The amazing and talented Charlie left me a comment yesterday (Why don’t you try it? It doesn’t hurt) on the blurred lines of kink. Let me quote her directly

And she does have a point, that often things get a bit mixed up. It is about Taxonomy and would you believe that after a googling I could not find a chart for the classification of kink. I did briefly think about making one, and sure that would be new fresh content and I would be the first, which is a rare thing. I very quickly reconsidered.

You know the acronym YKINMYBYKIOK? I think it might need work. How about YKINMKAWMNSTSCOKBIINTWCBSD? (Your Kink Is Not My Kink And We Might Not Share The Same Combination Of Kinks But Isn’t It Nice That We Can Be So Diverse) What do you think? Yeah, probably not.

While I don’t mind blurred lines and I am happy to blur some to make the relationship that works for us I do try to keep in mind that while all D/s is Kink, not all Kink is D/s.