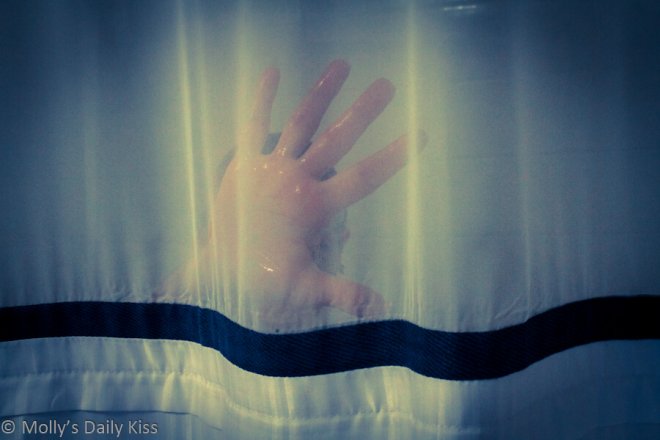 Everyone has limits, things that they won’t do. A level beyond which their safeword is no longer something theoretical, but a word that quivers on your lips.

The question is, when do you stop? Is it just before the word is spoken, before the spell is broken and play must end?

Or, can you pause, and then continue on. Looking to push the edges just that little bit more. Striving for a new height that you have not explored.

For many a safeword means everything must end. Molly used to believe that of us and so was very reluctant to ever say the word because she saw it as a failure. A failure as a sub and that would be the end of play and a failure to me because I would not want to stop. She was wrong about that, and it took making her say the word to show her what it meant was pause , take a breath, gather ourselves and ready to resume. I would of course never ignore our safeword, if uttered we stop and explore the reason why and perhaps stop doing the thing that made her safeword, but not stop playing altogether.

She is not afraid of using the word anymore. It is instead a comfort, a signpost on the way to finding out how far we can go. It is my job to know when it is time for it to be over or if we will continue on.

This holds for things that are are limits in other ways. Things that are on the spreadsheets that are on the hard list. Yes, I do know that they are on the list for a reason, but there have been other items on the list that have changed status and with careful and thoughtful planning they can be fair game (of a sorts) as well. One of Molly’s rules is “Don’t cut my hair” and I have had plans to challenge that hard limit in a very specific way that pushes it it without ever really braking it.

I push these limits because if we never test them at all then where is the chance to find what we are truly capable of doing? It doesn’t just apply to her limits, but to mine as well. I have areas where I need to work on and see if those limits are really set in stone. That makes this kind of testing.

One thought on “Necessary Evil”