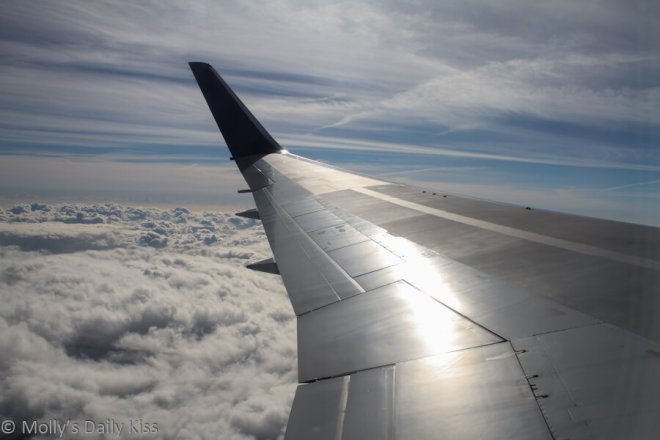 I love to flirt. Really I do, I will flirt with anyone, seriously, anyone. I enjoy it, a bit of harmless fun and it makes (I hope) the people I flirt with feel good. I like to think that the people I flirt with know that it is safe. That I won’t take the playful banter and think that it means anything more. I am not going to pester them for sex, my penis isn’t going to show up in their DM and while I will say outrageous things it will always be with a wink, a smile and the knowledge that flirting back is safe.

I have seen how people flirt with each other (not with me) and it seems more overtly sexual. Perhaps it is a way of testing the waters when we find someone that is attractive and desirable to us. Or maybe it is a way of checking that we are desirable to others. Or perhaps they are looking to have sex.

I think that maybe like so many other things in life that why people flirt lives somewhere on a sliding scale from, “just a bit of harmless fun” to “I would like to do things to your naked body.” and that how we behave while flirting is a bit of a grey area. I do know that I have seen people claim overtly sexual behavior with someone who was intoxicated as “just flirting” but to be honest it seemed like a way to defuse the consent issue by preying on peoples tendencies to believe they misinterpreted what was going on.  That isn’t flirting, that is subversion.

Molly flirts differently than I do, she flirts to incite desire (well that is how she flirts with men) she wants you to want her and to feel that heat, that possibility of what might be. She doesn’t like that, she is uncomfortable when I bring those thing up because she has been taught that those desires are wrong and that it bad that she wants sex with people other than me.  But I know that it is part of her core sexuality and that at the very least she needs to be able to express those desires in some way. I have given her permission to flirt, just as she wants to flirt, and not just the way that I flirt, exactly as she wants to. I don’t like it, I will probably never like it, but how can I ask the woman I love to give up something that is vital, the feeling of being desired?

I hope someday to have grown enough to crush down the feelings of jealousy enough to allow her to pursue her desires as fully as she would like. In the meantime I hope that flirting can fill some of the void.

Me, I am going to attempt to remain willfully blind to any flirting I observe and  give her the space to be herself.

Beside she is better at it, my flirting technique is never going to get me laid.

P.S. But I do make a hell of a wingman, shame I can’t manage that for Molly.

@nktgill He is my heart. Your poem is beautiful. pic.twitter.com/RhodVuPBDT

I didn't turn it up so its more of a cool tub than a hot tub tonight pic.twitter.com/HyU2PJ6WWU

Wanna hear something mad? There are only 15 weeks until week 600 of #sinfulsunday And I just scheduled that post and my head went what the.... 600 weeks of Sinful Sunday. I have never missed a week. That is 11 and half years of content! pic.twitter.com/zAvLsCKctA