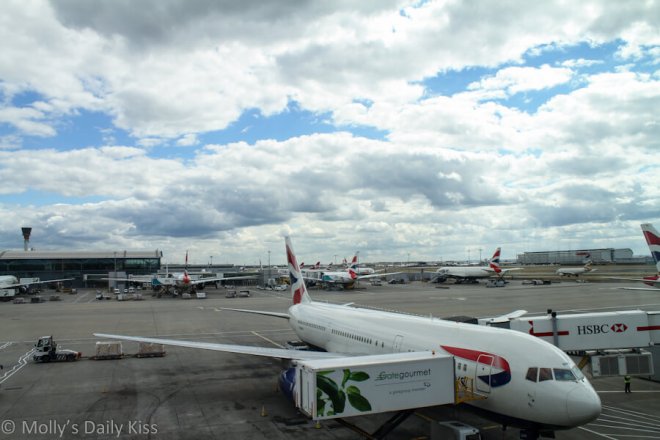 I thought I would share a piece of writing that I posted elsewhere a long time ago. This was written just after I left the US to live in this weird tea obsessed country

That number has been rolling around in my head for the last week.

88 pounds that represent my former life.

For those who might not know, or care for that matter. I have just moved from the Philadelphia area in the US to North of London.
For almost 2 weeks before the move Molly was after me to pack, worrying that I might not have enough space for all of my things.

She need not have worried.

After all these years I seem to have accumulated very little in the way of “stuff”. I did have some big things.. Two cars and a motorcycle, those I could not bring, a guitar that would have never survived the journey. But other than that I fit almost everything I have left into two suitcases. Now I didn’t bring some awards I’ve gotten over the years, I also left the Photo Albums in the care of my wonderful daughter. But when I finished packing I was surprised.

I have decided to be happy about my lack of stuff. Happy because it represents the fact that I know what is important in life, people, not things.

Those are worth their weight in gold. More, even than 88 pounds of gold.

P.S. As you can see I have always been a terrible writer and nearly five years later that is still true. What is also true is I can still feel the joy that I had upon arriving here and finding that I didn’t dream it all. That there was a woman who loved me, waiting to bring me into her life and family. I hope she still feels the same way, that time and familiarity hasn’t caused her to ever wonder what she was thinking when she decided to marry the madman that I know I am. But she is stuck with me now, no take backs.

@_LittleSBitch Fair... I may have more of a body shot. No face obviously...well not that I can share

@cavey2014 @MonstrousJaffa Thank you for the image x

@_LittleSBitch Oh he is soooo fine. Hang on and I will link you. Also I have images I have not posted yet