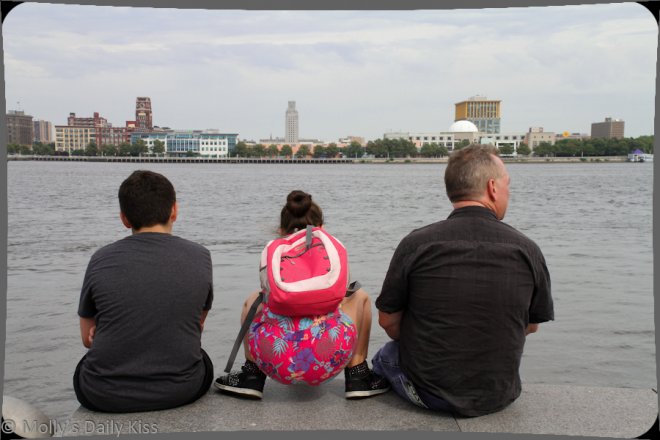 The reason I am telling you this is that I read the ridiculous article in the New York Times about a Wall Street trader who has come to the realization that he might have been treating women badly all these years. That in order to get ahead he needed to behave just like the other guys to get ahead, so while he felt uncomfortable with their behavior he never called them out on it. But that since he just became the father of a baby girl he was ashamed.

And rightly so, but it shouldn’t have taken the birth of a daughter to show him right from wrong and if being right had cost him the big bucks, well boo fucking hoo.

I know I am not perfect at this, but I have tried all my life not just to encourage my daughters that they are equal in potential but that they should boldly stand up when the standards and the behavior of others are skewed. More importantly I have taught all the boys that I have raised to do the same. That their behavior and the behavior that they see in the world must be that of not only equality, but that they must call out and stand up to behavior the demeans or diminishes the women that they encounter.

While I may have my disagreements with the ways that Feminists try to achieve their goal of equality. I completely support the goal. There is no denying that there does need to be change, frankly the more I see and read of mens actions towards women the more I understand the anger and rage that is directed at men.

And to the trader who finally realizes how his treatment and acceptance of how the men he works with treat women sucks, because now he has some skin in the game…

That should have been obvious all along.

One thought on “Teach your children well”

Day 294 "I spent all night weaving a poem for you to wear. You look so beautiful when you wear my light." ~ Kamand Kojouri pic.twitter.com/ehMQ6J1Kd5