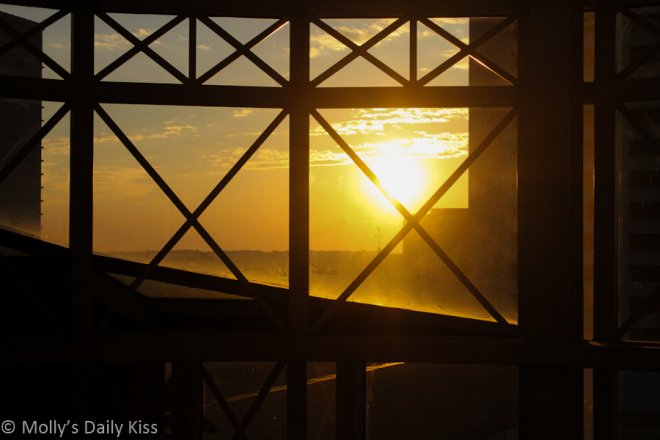 It wasn’t the end of the universe, just our small portion of it and since we had no means of escape it felt like the universe was ending.

No one was surprised when the leaders of the world held a joint media announcement that the Sun was going to explode. It was 2016 after all and almost every other bad thing that could happen had already happened. On the upside most people were just resigned to it. Oh sure, some people used it as an excuse to settle old grudges but mostly people just gave up all of that. They decided that since none of what they had spent their lives chasing was actually important they might as well start now, finally, enjoying life.

Bands held impromptu concerts, Museums opened their doors to everyone, restaurants gave away free meals to anyone that wanted them.  Pleasure was the order of the day, for however long that day lasted.

It started midfield at Wembly with just one couple. They shed their clothes as they walked towards the center of the field and once there the girl sank to her knees and started sucking his cock. Another man walked out onto the field and started licking her while she sucked her boyfriend. With a roar hundreds of other people left the stands stripping off as they ran. Soon the pitch was full of people fucking and sucking. Cocks sliding into cunts, tongues licking pricks, balls, pussies what ever could be reached.

Inhibitions were tossed to the wind, men grabbed men and women explored each other as they had only ever dreamed. There were daisy chains and gang bangs and reverse gang bangs and all if it captured and broadcast to the big screens all around the stadium. When people tired they rolled out of the pile to get drinks and food and share drugs with the others who were having a break as well.

In short, they partied like there was no tomorrow, because there wouldn’t be and in the face of utter despair and hopelessness people can always be counted on to literally give a giant fuck to oncoming death.

Without a moments hesitation twitter.com/ScotCuthbertso…

To love some thoughts on love.... well quite a lot of thoughts actually. mollysdailykiss.com/2021/01/1…

@loveisafetish Thank you lovely. It not until I changed i realised how positive it was for me

Someone asked me to update my @TheKnickerFairy wishlist..... So if you want to treat me then here you go wishlistknickerfairy.com/wish…