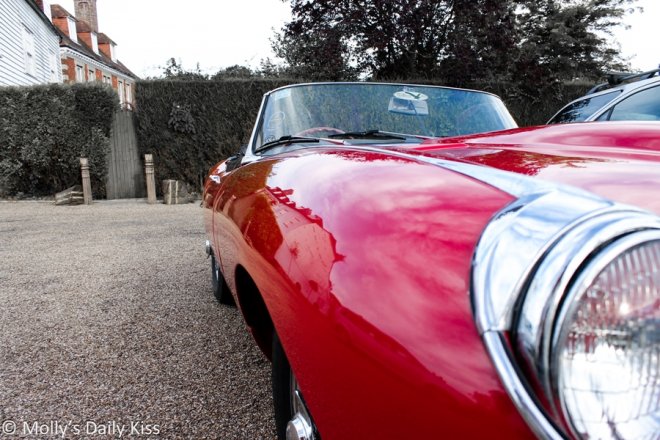 You know how I wrote that post about being jealous?  Well let us pretend for a moment that I am not the jealous type, that I do indeed get off on sharing my wife with other men (Molly is rubbing herself right now to the thought of this) and was willing to do this.

Why on earth do you think I would do it with a stranger? Let someone I had never met have the most precious thing in the world to me? Let me ask the question in a slightly different way.

Let’s suppose you were out and about in the big city. You see a fancy, sexy car. A car you have always dreamed about having, if only for a day. The owner is standing by their car, so you strike up a conversation.

“Wow, that is an amazing car, so beautiful. I have never actually seen one in person”

“Thank you, I am really rather proud of it.”

“Would you mind if I just drove it for a while?”

“Well, you could ride along with me while I drove, that would be okay, right?”

Now in no way am I comparing Molly to a car. She is so much more to me than any object could ever be. But in the scenario illustrated above, do you think the car owner would lend his car to a stranger? And Molly is infinitely more precious to me than any car could ever be. So why would I ever say.

“Oh yes internet person who has messaged me twice previously, please do have my wife and sub. You surely must be trustworthy after knowing you all of thirty seconds.”

To start with, why is it assumed that if you have have a BDSM relationship that you share your sub? Sure some people do it, but then some people vote conservative and they aren’t all religious loons. Sure, Molly would like to sleep with other men, but not you. Seriously, it really probably is not you, and before you even get a vague chance at convincing her you would have to convince me. As I have already mentioned I have long running jealousy problems  and the last attempt ended badly so I have trust issues with other people, other men to be specific, not other women.

So it isn’t impossible, but at best unlikely, and at worst very difficult. You see I love her more than life itself  and I don’t know you, so it is most likely that I am not going to trust you and tell you to fuck off. That is of course only going to be the case if Molly hasn’t told you to fuck off herself.

P.P.S. Yeah I know I have the best woman in the world… go get your own.

2 thoughts on “Baby you can drive my car…not”