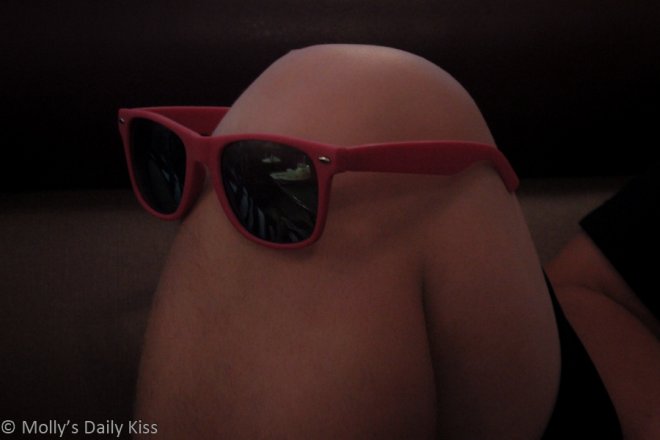 What this post should be called is “How Ann Summers used Clickbait and SexBlogger’s outrage for marketing vibrators, buttplugs and cockrings”

Ann Summers used us all for cynical marketing.  I encountered it via a tweet 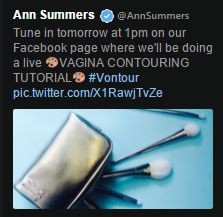 This presses our buttons, doesn’t it? The implication that they are going to promote makeup for your bits. Note that in order to gain maximum controversy they use the words vagina contouring so that we all respond with “It’s a vulva!” and all of it implies that what you have isn’t good enough, but have no worries Ann Summers has the solution.

What really pisses me off is that they don’t care that they are promoting body shame in order to market these toys. All of what they are doing says “You are not good enough, you aren’t tight enough, you aren’t sexy enough.” and then they have the gall to use misdirection and something called “Controversial Content” that says that controversy done right can hugely boost your reach. Now I get how we got here, it is our own fault because we click on this shit BECAUSE it makes us angry. Hell Donald Trump’s whole campaign is based on how we react to this.

I don’t think that Lelo with Charlie Sheen or Ann Summers made a misstep, I think they chose this because it makes us upset and angry, I think they are companies who really don’t give a fuck about us and our opinions and only care about how many units they move, and I know that some people think that is ok, after all it’s nothing personal, it’s just business. But I think the way you do business matters, that honesty and integrity in how you market is better in the long term than preying on the insecurities of your customers. Just because something works doesn’t mean you should do it.

So how should we handle this? Well I for one will never purchase a product from these companies ever again and I will tell everyone I can to avoid them as well. I will no longer quote retweet their tweets but instead use a screencap of their crap. I will not link to their sites so they get the clicks they are looking for. I will do everything I can to starve them of the attention that they seek. I will no longer be used as the tool they think I am.

So what about you? Do you think that what I shall henceforth call “Outrage Marketing” is an acceptable practice? Or do you think we need to hold these companies to a higher standard than this? Or am I just wasting my breath?