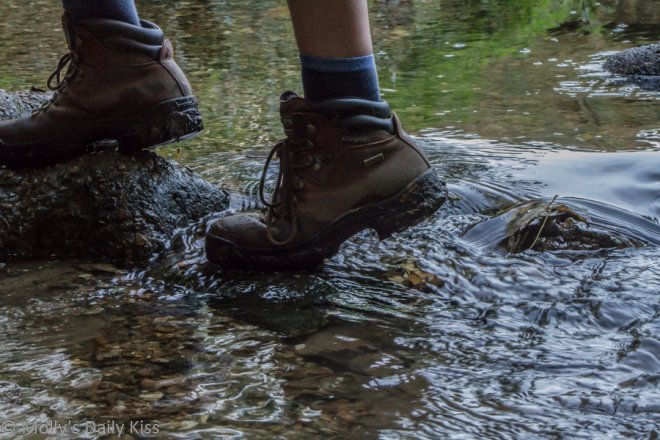 I used to be a Boy Scout, no, I don’t mean I was a goodie two shoes. An honest to god, merit badge earning Boy Scout. I didn’t have much of a say in the matter. My Father was all about camping and his sons were going to do it with him. So I was signed up for Cub Scouts, then Webelos and then Boy Scouts. Now I can’t say I enjoyed it all that much, it was just another place to get picked on. All the same assholes who inhabited the rest of my life were in Scouts too. So camping for me was mostly another place to be harassed and my Dad wasn’t ever much help because he believed that it built character. I felt I had enough character for seven people by the time I was done.

What came after Boy Scouts (yes, there is more after) was something called “Explorers”. I was just as reluctant to be an Explorers as I was to be a Boy Scout. Until I learned the critical different. Explorers was co-ed. Now this perked me up a bit, you see I had a girl friend and since the Explorers Troop was based at the church we both went to this seemed like it had possibilities. So I talked her and a few other friends into joining.

We met once a month at St. Thomas Moore’s Catholic church in the Rec hall and to be honest we were just there to get to spend time with our girlfriends, only one of us had a car, Mary, my girl, who was 4 years older than I was. It used to drive my Father mad, the couples would always sneak out of the meetings that mainly consisted of the Assistant Scoutmaster Joe either showing us slideshows of exceedingly boring backpack journeys, or stories of his time in the jungles of Vietnam.

There was one part of being in this group that I enjoyed more than anything else; The camping trips. Yeah, I know, I said before that they always sucked, and they still did. But now I was getting my cock sucked, and fucked, and everything else you could think of. Because Mary loved to have sex, and she taught me most of the techniques that I still use today.

The best excursion was to a High Adventure base in Maine. On Lake Matagamon in Baxter State Park smack dab in the middle of nowhere Maine. It was 2 weeks of canoeing, hiking and white water rafting. Oh, and a crap ton of sex. It started on the long drive from Pennsylvania to Maine. In the back of my Dad’s car somewhere around New York she laid her head in my lap and sucked me while I tried to keep quiet, no easy task I will tell you. And that was just the beginning. We fucked everywhere possible, including in a canoe in the fog. We fucked in the woods, in a falling down cabin, behind trees, in the lake.

In the years after I would always speak very fondly of that trip much to my Father’s surprise.

If he had only know that I was certainly not.

Being a Boy Scout.

2 thoughts on “The Last Boy Scout”