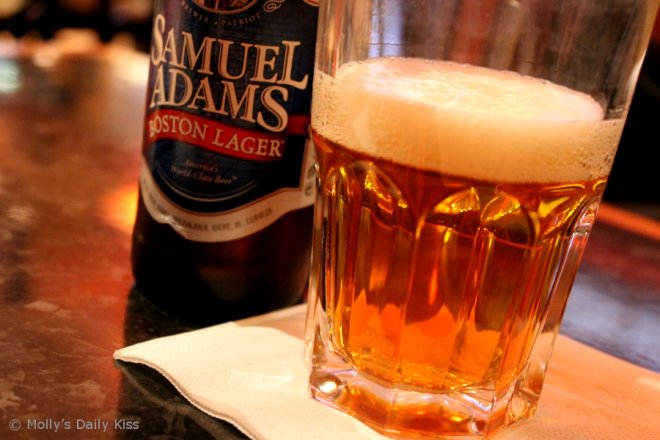 Mrs Fever asked in a comment “What the fuck is a munch and why go?” So as is my wont I took to twitter to gather opinions. The response were a bit disheartening.

But let us start with what a munch is supposed to be.

Let’s say you have a group of friends with a common interest, I am going to use football as an example, because people love their football be it US football or the rest of the world football. Someone organizes a monthly get together at a local watering hole to hang out and talk about football. It doesn’t matter what team you like, you all love football and hanging out to talk about it. Sometimes discussion over rules and referee calls get a bit heated but that is the exception rather than the rule.

Now take the same gathering and make it about kink, and that includes all of the legal kinks.

Kinky people are at a disadvantage though because most of them can’t be open about kink. They might be teachers, or doctors or lawyers or even just have a job with a morals clause. So unlike a sports fan they don’t get to wear their favorite kink on a jersey. So often people can get to feeling a bit isolated. Sure you can hop online and go to Fetlife, but that isn’t the same as being able to sit with like minded people and have a discussion.

That is what munches are for. To be able to interact in real life with a beer in your hand, to talk about problems or issues and even just to ask questions. Because let’s face it, there is nothing like being able to look someone in the eye and speak on topics that you can’t anywhere else. You stop feeling so alone. We have even had several successful relationships arise from our munch.

Sadly it seems that the people that responded to my highly rigorous and scientifically accurate twitter question have not had that experience. A great many responded that the munches they attended were more of a clique and if you were new you were left alone. That made me very sad. I wanted to invite them not only to our munch but to the large number of munches that we have attended in the surrounding area.

Molly and I work hard to make new people feel at home. We offer anyone that wants, a chance to meet with just the two for coffee before the munch. We always arrive early so people can meet us before the crowd arrives. Once the munch is started we introduce them (by whatever name they choose) to as many or few people as they want to meet. We have found this to be a pretty successful method to help people integrate into the existing group.

I won’t say we please everyone. Sometimes you can’t help those who are just too shy or nervous. We had one gentleman tell us after the munch that he stood at the bar all evening and no one approached him (you have no idea how many times I stand next to someone who I think might be here for us and say the word munch loud enough for them to hear.) now that night the theme was bring a book to swap, we often have themes as a way to break the ice and make it easier to identify to new folks. We had a table full of books and yet he claimed he saw no books.

You can’t help everyone, but we do our damnedest and I hate if anyone ever feels excluded. You might ask why do you do this? We do this to try to make people who are new feel better and maybe even excited that there are people who will accept them for just who they are.

As an added bonus they don’t have to pretend that they like football.

Not that there is anything wrong with that.

3 thoughts on “The kink that came in from the cold”