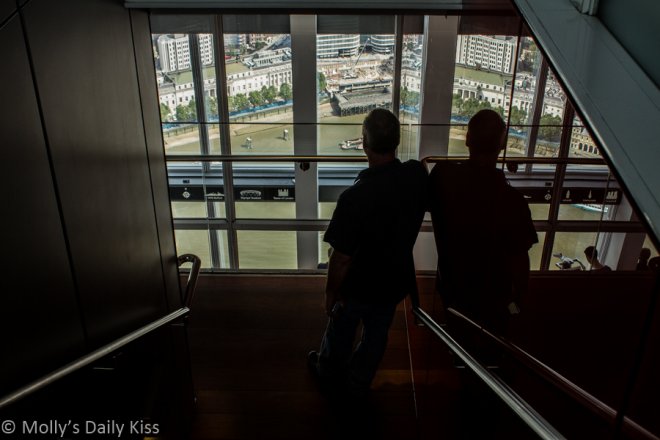 I have said before how easy it is to fall into the trap of thinking that other people are like us. If we have some shared interests then surely we must think the same about other things as well. I find myself in that position far too often where I assume that someone who are openly kinky must be liberal like myself. When I find out that isn’t the case it always stuns me, and it shouldn’t

One of the things that has come to the forefront for me of so many articles online is misogyny. I believed that most men were like me. It turns out that a significant portion of men are not. Now I know there will be lots of people who will tell me that it was obvious all along and that I have either been ignoring the voices of women in the world or that I have been so condition by my white male privilege that I have been willfully blind. And you know what, they might be right.

This was prompted by a well shared article addressing this very topic. Molly read it and shared it with me (not without some trepidation I might add) so that we could discuss it. I read it, and read it again and then we had several chats about it. Now it turns out that we have common opinions on this piece, it is flawed in some ways. But I have to be honest, it shook me. It will take a good long while to digest what it says about men, and what it says about me as a man. And I can see that some of what I feel is wrong with the article can be looked at as the understandable outrage of people who have suffered too long the type of behaviors they describe.

Regardless of how my internal processing of what has been said turns out, they wrote a powerful piece that when I hold it up in the light of behavior of men around the world. Men who are now not afraid to say that this behavior towards women is “Just the way men are” and other equally vile things, I have to stop and consider that maybe they are exactly right.

This doesn’t just apply to misogyny, but to race as well. I now have to re-evaluate many things about my life and wonder that it might just be possible that men are indeed the problem. This empowerment to feel free to express these horrible thoughts as the norm might mean that a statistically significant portion of the gender I identify with might just be exposing a truth that I have missed. And that I now have to believe that many/some/most/all men are something that I can’t and wouldn’t want to identify with.

That we are the problem.

4 thoughts on “All Things, Re-considered”

@ht_honey Haha.... Both independently and together!