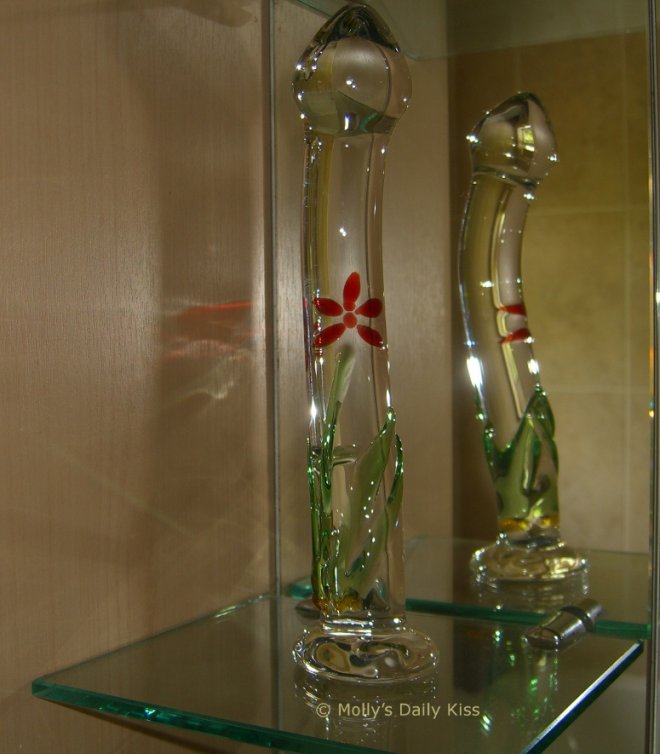 Last year in the Raddison Blu in Bristol I was in a conversation with several rather well known sex bloggers and I wondered out loud about why sex toy marketing of vibrators didn’t include marketing to men, to buy them for their partners. Yes I know I am being very hetero-normative here but cut me some slack. I am after all a cis het male.

You see I have bought many of Molly’s toys and I thought that might be a way for toy companies to sell more stuff. I would like it if I saw toy ads that showed me things that I could use to bring Molly more pleasure, after all they aren’t afraid to market me items that will cause her pain.

But I was informed that while it seemed like a good idea, well, not all men are as comfortable as I am with buying their partner a sex toy. That, in fact, many men see sex toys as competition and are jealous of them. This was news to me, something I had never even considered.

For a relatively bright guy I can have some seriously dim moments. Of course their are plenty of men who would be jealous, the male ego is a fragile thing (mine included) many of us center our sexual prowess around the only thing that stands out (pun intended) as making us male. Our penis. And if a sex toy can not only do the things our penis can do, but other things as well. Then why would a women need us?

That is the thing, many women don’t need men, many men don’t need women. But for those that identify as I do, well, you might be able to see how a vibrators that heats, swirls, vibrates, rotates, dances the tango on her clit and goes on for hours might make a guy feel like his job is to go make the sandwich.

So stop being silly, if you partner prefers a toy to you then it is best to know that so you can find out why that is.

And fix it together.

This is such a intruiging image, the contrast between the make-up and jewelry and the casual clothes #SinfulSunday by @loveisafetish loveisafetish.com/2021/01/09/…