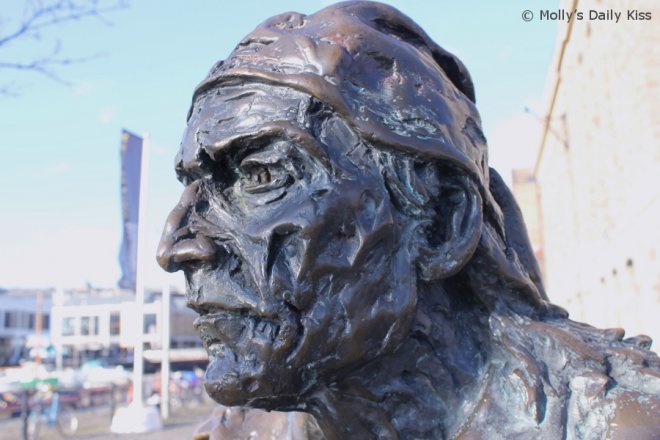 Bexit should have shown me. Shown me what people are really like, under their polite masks. This isn’t about you who are reading this. I am sure you are all lovely people who don’t care what people look like or where they are from.

As much as I could wish that I could point to the demographics that voted this monster in and say it’s the poor uneducated white people. It wasn’t. It was just white men and women of all economic backgrounds who only voted for hate.

Now they are free to openly show that hate and send us back to a time when they are able to openly express that hate, and not just with words. They will attack those that are different. They have been doing it already, each time they shot a person of color who just wanted to live.

We are all complicit in this. We have no excuse. We needed to rise up in outrage every single time it happened. Every single time a white man was set free so that his pathetic life wouldn’t be ruined.

We had to know.

I had to know and yet I didn’t stop it.

And this is what that has brought us. We made this, each and every one of us created this hell we all now have to live in. A hell that these people have had to live there whole lives in. How could we do that?

Well no more. We need to own this and take back what we threw away and make it better. We have a new war to fight and it is time to stop being polite and afraid. We need to hit them back as hard as these racists and misogynists have hit us. We don’t need to reach out to them and try to understand them. There is nothing to understand. They are hatred and anger made flesh.

So I will no longer be silent. I will call them out. Every. Single. Time.

6 thoughts on “What a piece of work is man”

@theotherlivvy Calling @BibulousOne Am I right in saying Polenta was your secret weapon in the sweet potato crunch?

@EA_unadorned @Katteroo_ @theotherlivvy There are some I can think of that would not get between my legs for a million but Robert Redford is not one of those And I love that movie. I have not watched it for years but I remember feeling quite conflicted by how turned on I was at the thought of being bought