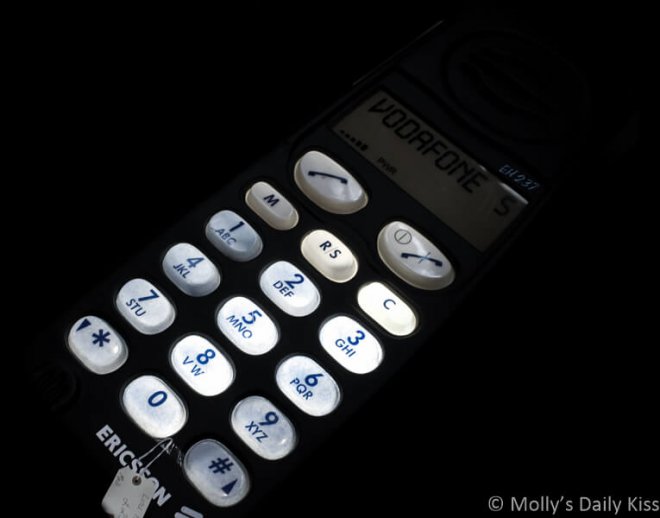 One of the things he used to say to me all the time early on in our relationship when we were long distance was ‘ask me a question’. The first time he did it I didn’t think anything of it but instead took a moment to think of something I wanted to know and fired away. I can’t remember what that first question was but I do know that he happily answered it in an open and welcoming manner and it set a pattern of conversations for us that would span the next few months of our online life.

The questions I asked were wide ranging from things like:

To other topics such as:

Do you wish you had waited until you were older to become a parent? If you could travel to anywhere in the world where would it be? Why did you pick that kissing avatar to represent yourself?

This is just a random sample but the point is the things I asked were hugely varied and as a result would lead to long in-depth conversations about all these topics and many more. I quickly became very comfortable asking questions and delving into him in this way. I mistakenly thought I was the one getting all the answers until one day I said to him. Surely you, as the Dom should be the one asking me questions?

“Really, why is that?” he replied

“Well, I don’t know, to get to know me better, to understand me?”

“Getting to know you, very well in fact. The questions you ask tell me a huge amount about where your mind is at, what is important to you, what interests you, excites you, worries you and so very often when we talk, you tell me your own answer to your question. I don’t need to ask you questions, you are doing it for me.”

And that was then I realised just what a clever thing it was he was doing. Not only was he cultivating an environment where I felt completely comfortable asking him questions and getting answers but where he was learning stuff about me, a lot of stuff in fact, without me feeling like I was being interviewed.

As a communication tool it was pure genius on his part and to this day it has huge positive effect on how we communicate. Yes he is the Dom in our relationship but he has nurtured an environment in which I feel completely able to not only express myself but to ask him questions about anything. That does not mean he will always answer them mind you. If I ask him what he plans are for an event or scene I will nearly always get back some version of ‘none of your business’ but clearly that is the right answer because without him controlling that information it would all be far less interesting to me but if I ask him what he loved about something we did, or something I wrote, or how he feels about things he will always give me an answer or if not he will take the time to explain why he is not giving me an answer. Usually that means it is because he needs time to think and I will get an answer just not right now.

6 years on he rarely says to me, ask me a question, but that is because he doesn’t have to. I know that questions are not only OK but welcomed, no matter what they are about. In know that the questions I ask him reveal just as much about me as the answer he may give does about me but that makes them a hugely powerful tool for opening up communication that allows everyone to learn something.

So, what about you? Ask me a question…

This is such a intruiging image, the contrast between the make-up and jewelry and the casual clothes #SinfulSunday by @loveisafetish loveisafetish.com/2021/01/09/…