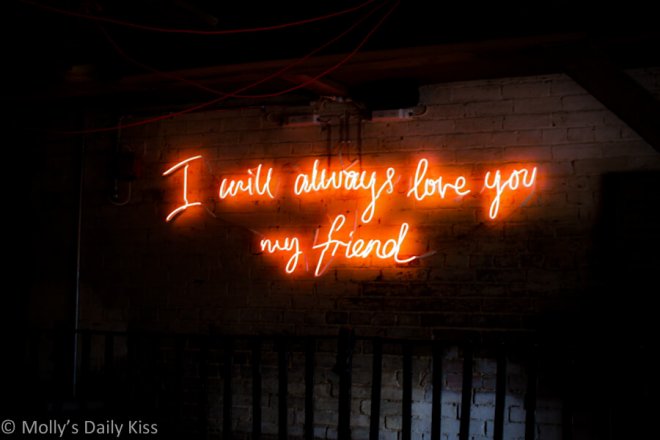 Hello, and welcome to the World Dom/sub Federation Fight Night!
We have an action packed card tonight with the Main Event contenders Molly and Michael (Audience boos and cheers)
So without any further ado…

Let’s Get Ready to Rumble!

Ok, so that might have been a bit of hyperbole, here is the sensible question that was asked in the comments.

Every couple has rows or disagreements from time to time. How do you two approach or manage this as a D/s couple?

Do you each have things that irritate or bother the other? Quirks/habits etc?

As the Dom I can tell you that it is very freeing for both Molly and I to know that I am always right in all circumstances. She never needs to worry her pretty little head about nonsense like facts or actual proof and that all she need do is praise and compliment every pearl of wisdom I bestow upon her…. gah… I can’t even type this with a straight face.

We do have disagreements, and on many topics because we are both very opinionated, strong willed people. I’m not sure you could say however that we have had “rows” (fights in murrican parlance) for a very simple reason. They are against the rules.

The rules are simple.

2. Treat each other with respect.

3. Safewords and Timeouts are always allowed.

That doesn’t mean that our discussions on sensitives topics aren’t heated, they can get very heated. We often have differences of opinion that in the end we can only agree to disagree on. The only way our D/s relationship impacts how we argue is that the underlying dynamic of respect must be maintained. I would never expect our relationship of negotiated inequality to extend to her opinions and beliefs. If there is a decision to be made I always have the final word, but I would never make that decision without fully soliciting her input.

Now many of you who know me in real life or even just through twitter will already know that Molly has to put up with a lot being my wife and sub. I can be deliberately obtuse, punny to the point of absurdity  and mostly certain that anything that amuses me must be uproariously funny. So for the question Do you each have things that irritate or bother the other? Quirks/habits etc?
I have say a absolutely                 not! I am a delightful person to live with each and everyday. Of course I am a giant PITA and Molly frankly is a saint to tolerate all the nonsense that spews out of me pretty much non-stop morning to night.

Molly, however,  is practically perfect in every way and I am damn lucky to have found her. There might be one or two things that get under my skin juuuuust a teeny tiny little bit. For example, if I ask,

Her reply is often “I don’t mind”

I am not a fan of that game or of it’s very close cousin, a game I call “List all the food we have so that I can say I don’t want that”

And the game I like the least is when she gets down on herself. That she isn’t talented enough, good enough, young enough, slim enough. That one makes me upset which is often confused by her with anger. That confusion stems from the fact that I tend to go quiet for most things that aren’t an expression of joy. So quiet means something is wrong.  Sometimes a good spanking that ends with crying can hold back the demons of self doubt for her, because it is a release and then in those quiet moments after where I hold her and stroke her she can see herself as I see her and know that she is as good as I know she is.

So as Inigo Montoya said “I will splain, no, there is not enough time, I will sum up”

P.S. There is a type of fight that we do have, but it isn’t what what was asked and as always… the subject for another post.

@ASensualSiren1 @_LittleSBitch LOL I couldn't deal with it being ruined so decided to stop.