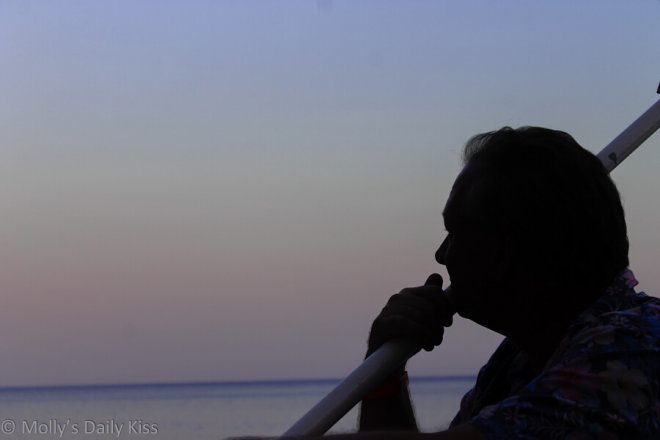 I am not a mind reader, even though I pay close enough attention that at times it might seem like I am. This is a common theme in D/s relationships. I don’t need to tell him/her they just know! Often times I do just know but it never hurts to get confirmation. This avoids the bad outcomes if you assume that I know what you want.

You have to tell me.

I know that is seems like asking my sub to tell me what she wants makes it seem like she is the one in charge. Nothing could be further from the truth. I still am the one who decides on when, and if, she gets what she asks for. In our relationship of equals I want her to A) have an opinion and B) share that opinion with me so that I can make the best decision with as much information as possible.

It is kind of like the notion of topping from the bottom. It doesn’t exist for us. I want, need and demand communication from her. I want to know how what I am doing to her affects her and not just while I am doing it but afterwards as well. I need to know what worked and what didn’t so I can improve or move on.

I wish I could read her mind, climb inside and root around, expose all of the dirty kinky sexy secrets so that I could use that information in evil and nefarious ways, but sadly that is not to be. I have to rely on her to share that information and as much as we talk and communicate she is sometimes very reluctant to say straight out what it is she desires. Instead I will get links to posts and stories or even Tumblr Gifs and that is all grist for the mill.  But I am a direct man, I like to be direct and I like directness in others. We recently talked about this in the context of her asking for orgasms where she revealed she was reluctant to ask because I might say no and that would make her angry. This puzzled me because while she is right that I might say no sometimes, I would most likely say yes. I love to watch her make herself come and isn’t it better to add the spice of a little anger (and a spanking if I saw her be angry) than to merely be frustrated?

I certainly think so. The message I am trying to get across here is this.

But I don’t mind that game.