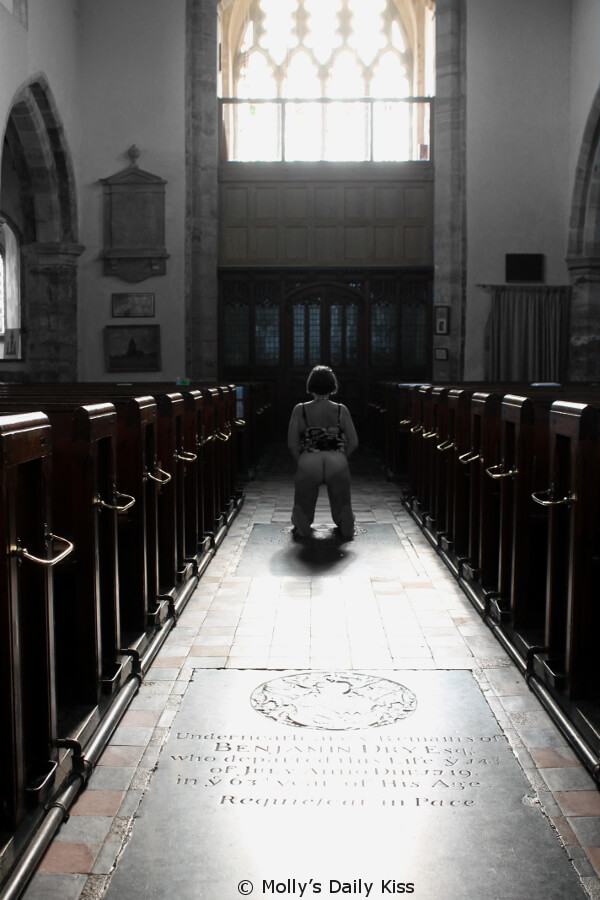 I am not a spiritual man. I am in fact an Atheist, in spite of being raised Catholic (I have spent my life recovering) I was even asked by the Pastor of my church if I had considered the priesthood, I informed Father Bonowitz that I enjoyed the company of women too much to consider that.

I won’t bother to explain when or why I decided that the concept of god was absurd, suffice it to say that I have and let’s move on.

But, I also would never dismiss the power that comes from transgression either. While I am no longer a believer there is power in the ritual that come with religious trappings. Something that makes corrupting those sacred things just that little bit kinkier and while I don’t own what Molly calls a dog collar (clerical collar for the murricans) I do have a black shirt that would lend itself very well to that and of course I do have my own personal sinner to apply penance too.

Hmm I think you will have to excuse me while I go and find something a little something to put in the confession box.

6 thoughts on “As the Spirit Moves You”