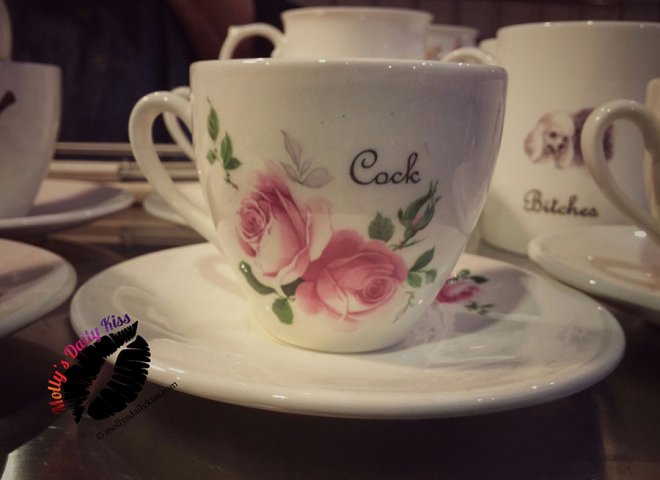 So have you heard about #daddygate on twitter? No, well perhaps I should enlighten you. A twitter user who I shall not name here (but who’s username contains daddy) told the twitter world at large that all Cis Het people out their should stop using daddy because it had been appropriated from the LGBT community.

Now I have at best mixed feelings about the whole cultural appropriation thing. On one hand I can see how taking bits of someones sacred beliefs and mixing them in for fashion might seem to belittle cultures that we (white people) have spend centuries grinding under our boot heel.

Since I live in the UK let’s examine a bit of their cultural appropriation, Tea. It may come as some surprise to you that the Brits stole tea drinking from China and introduced both the crop and the habit of drinking it to India. Now I am not here to say the the British Empire was a benevolent force in the world. They (like many other  countries that colonized the world) were pretty despotic and cruel rulers. My point is that ideas, notions, fashion and food (where would the UK be without curry?) are exported from all around the world, and sometime not consensually, but sometimes it is. It has been said that the US would not be the country it is today without its success and making its culture envied and copied.

What does this have to do with #daddygate? Well the notion is that since the LGBT (and really just the G) used it first and that anyone else who uses it is in effect wronging that community by using that word in a context that is claimed to be theirs.

How about we all agree to share these words and use them as works for us? If saying or hearing daddy gets you ready to rumble then I say “Cool Daddio” and if not, that’s cool too.