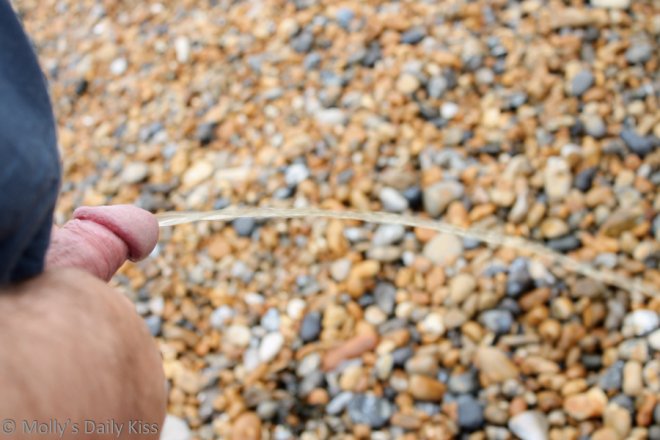 A funny thing happened on our way back home from the show we saw last night. When we got back to where we had parked in a private road and as it was late at night I did something I rarely do. I had a pee. I don’t usually do that sort of thing but I really needed to and it was going to be at least an hour before we got home. It was also raining a bit so I figured the evidence would be washed away down the storm drain before damaging the environment in any way.

What actually made it funny was that Molly moved so that she could get a better view of me. Today I asked her why and she told me that there was something utterly male about that and that kind of turned her on. It kind of turned me on as well, that she was turned on by this simple act of being a man.

Molly really does adore the maleness of men. I know that sounds a bit ridiculous but I know what she means, She isn’t a fan of androgyny, she is not a fan of hairlessness and most of all she wants them to smell like a man and not a perfume factory. That I think is why she was a bit excited to watch me. A bit of something that men don’t think about at all but something she identifies very clearly with being a man.

This really isn’t about water sports, although we have played a tiny bit with that, but about her endless curiosity of the male body. So I took a break from this post and we stepped out back for a moment and I had her stand behind me while I got my cock out to have a pee and let her drive (outside because this has gone poorly in the past) and she did exactly what young boys have been doing since the dawn of time. She wiggled it left and right and up and down directing it as she wanted, giggling the whole time. After we came back inside she told me that she understands now why maybe they make such a mess in the bathroom.

I do know that I am very glad she feels the way she does.

Molly Ps… Damn it, I knew I should have taken a picture last night.

82. Petrichor When it finally comes this year it is going to be intoxicating