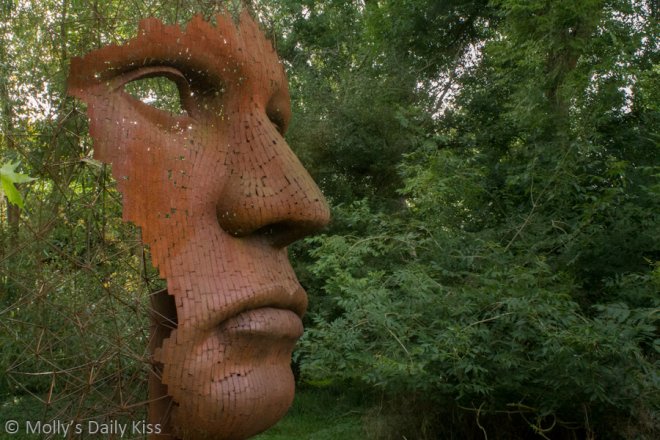 We are all a mixture of what we actually are, what we wish we were and what we want people to think we are. How other people see us is a combination of all those things filtered through their perceptions and prejudices.

Do we really know other people at all? (Why did I hear that in my head in a Carrie Bradshaw voice?)

The answer is no, we really don’t even know the people we love the most, the ones that we spend most of our lives with only know what we choose to show them. We always want people to think the best of us and so we only show the negative sides of ourselves if we are forced to. Fucking up and making mistakes is important because we are forced to confront those bad things and become better (hopefully) people for it.

We all wear a mask over our true self and sometimes we even have different masks for different parts of our lives. Sometimes they are the people we want to be and sometimes they express the power that is lacking in our “real” lives. Like Roosh Valizadeh – Return Of Kings and his insane notions about men and women. No one was surprised when it was revealed that he was living in his mothers basement in Maryland. He put on a mask and found power, it was the power of the troll but it got him noticed and that is what everyone wants, to be noticed whether it is just by someone special or by the masses. Catfishing is another take on the same concept. By pretending to be something that they are not they pull someone in to a world that they have created and that gives them power over their victim.

This is not a new idea but one that is gaining power these days. Look at the rise of the superhero. Once a reserve of the closest geek from a time when the geeks were the ones with no power. Today all the movies and heroes  pretend to be normal people until they put on a mask and that is when they become powerful. A blind man puts on a mask and becomes Daredevil, Peter Parker becomes Spiderman and Helen Parr becomes Elastigirl.

You might well be asking yourself “What brought all this on Michael?” and I wouldn’t blame you. The Other Livvy wrote a piece called Illusion of familiarity It is an excellent post that makes a lot of great points that I completely agree with about how we fool ourselves into thinking we know someone by their blog and maybe even social interactions online. My issue isn’t that she is wrong, my issue is that she doesn’t take that far enough and say that we might not really truly know anyone at all except in the way people project themselves onto the world at large.

And that includes me. I make a conscious effort to be the same person online that you would find if you came into my home, but even I want people to think that I am smarter, kinder, domlier, taller, sexier than I actually am,

And that is OK, because trying to be those things that I am not, I hope that I may become them*

Well, we all fall in love
But we disregard the danger
Though we share so many secrets
There are some we never tell
Why were you so surprised
That you never saw the stranger
Did you ever let your lover see
The stranger in yourself?

*I am not sure I can fake my way into taller, but I am willing to give it a try.

2 thoughts on “The Mask”