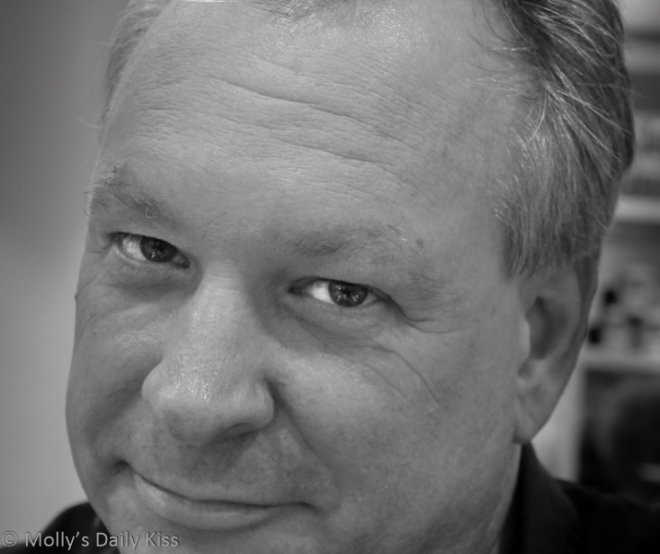 I am not perfect, I am (and this will come as a surprise to many) just an ordinary human.

I know this will diminish my Domly reputation but I am often in the wrong and I will freely own up to that. To deny that would just be plain dumb and while I am often stupid* I try hard to avoid being dumb. As I have said before we don’t have a contract and even if we did it would not have a clause that says “The Dom is always right”

So how do we as a D/s couple deal with those frequent times when I am wrong? I wish I could say we had some super cool highly protocol’d way where Molly would crawl up to me and beg forgiveness for having to inform the Great Dom Almighty that there might be some small chance that he was being a complete fuckwit, but we don’t.

Instead we discuss it, like equals. Dull right? I know, not super sexy at all. But it works and it works well. Now it isn’t like she gets all snarky with me and makes me feel bad about things, I do after all, deserve to be treated with respect. And it isn’t like that on the rare occasions that she is wrong that I treat her badly. We love each other, and only want the best, and besides, the fact that we have gotten something wrong and might have hurt the person we care about is often enough to make us harder on ourselves than we are on each other.

So while she might be reluctant to tell me that something is wrong or didn’t work, she knows that I want to hear it and that I can be grownup enough to hear it how it is meant. As a way to improve our lives together. So it doesn’t matter which of us realized I fucked up, just so long as we address it, as a couple.

As for me, do I notice when I am wrong? After discussion with Molly it seems the answer is mostly I do, with notable exceptions being Cloudy with a Chance of Meatballs and How I feel when I’m not used.

what happens when the Dom gets it wrong/fucks up? Does the sub call him on it? Does he realise himself?

I try to make damn sure that being Dom never means she can’t question me.
Yeah, I think that might just cover it.

*Our family motto is “People are Stupid” and that includes us.

One thought on “I am the Great and Mighty Dom”