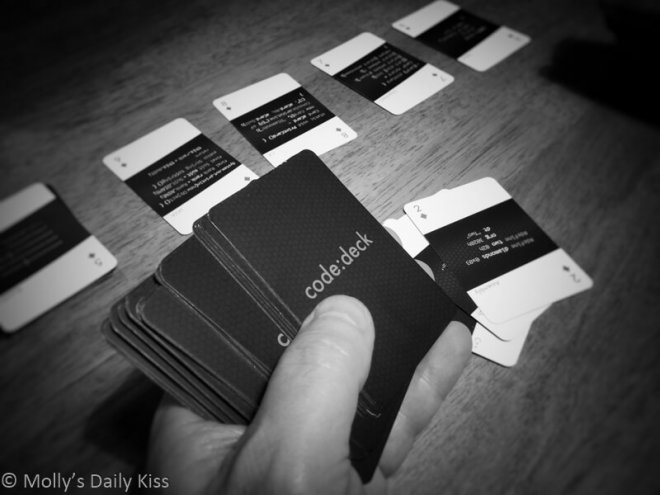 Don’t panic, this is not about The Donald, but it is about negotiation

Since there have been a larger number of comments on the recent post by Molly (not mine of course because she is a much better writer than I am) most notably Lee’s comments. I wanted to address what I see as what Lee might be missing about relationship dynamics. Now I don’t know Lee or his partner(s) so I am going to speak in generalities that are drawn from my experiences.

Unlike the nonsense from FSoG it isn’t a contract that the Dom writes and the sub just signs. It is more of a bargaining session and it certainly doesn’t only happen once.

My theory is that all relationships are negotiated. We meet someone and it is nothing but negotiation and communication. We discuss the things we like, and the things we don’t, the things we love and the things we hate. The things we must have and the things that don’t matter quite so much. If this is just a casual thing then the dissimilarities don’t matter so much. The balance between what we are giving and what we are getting is satisfied in the narrow definition of the relationship, it is just about sex and if the sex stops working everyone moves on. The broader the relationship the more negotiation is need to keep things in balance. This mean you are looking for someone(s) in your life to fulfill more of your needs and you in turn help them fulfill more of theirs. Much more satisfying as far as I am concerned, but also harder to just walk away from and something that need ongoing negotiation.

There are three types of sex in a marriage.

The first one is Kitchen Sex. This is when you are newlyweds, and you’re still having fun, so you do it anywhere, anytime – but mostly the kitchen.

The second type is Bedroom Sex. This is when you have settled down a bit and probably have kids, so you can’t do it anywhere except the bedroom.

The third type of sex is Hallway Sex. This is when you pass each other in the hall and say, ”Screw you.”

This is a failure in communication and negotiation, and how most people in the mainstream world think it works. It is certainly the way that movies and TV have portrayed it. It is an easy trap to fall into, everything is consistent and settled and humans like predictable things, unpredictable change is not something that people tend to get excited about as they get older. But that is a problem, life and people never stop changing and you need to get used to that. As my favorite bumper sticker says. “Change is inevitable. Growth is optional”

I am sure that somewhere out there in the wide world are people in twue D/s relationship that don’t need to communicate. Where the sub is only there to service the Dom/me’s needs and their connection is so perfect that not a word ever needs to be spoken. But I, sadly, am not perfect and neither is Molly (other than perfect to me sweetums) so my plan, and hopefully hers, is to keep right on negotiating as often as we need to.

So Lee (I bet you thought I had forgotten you) Girl on the Net addressed the issue of who has the power (The answer was both of you) when it comes to sex. If she doesn’t want sex then you might have have to reopen negotiations about your needs, but remember Lee, that is a two way street and it might just be that her needs are not being met and you will have to work that out too. Otherwise you might find yourself playing Solitaire.

P.P.S. Thanks to S and Mark for the very cool, but geeky, deck of cards 😀

4 thoughts on “The Art of the Deal”

Even if you are not doing the 30 days, if you are stressed or anxious then I really recommend this one. I could have happily drifted off to sleep at the end #YesYogaSTFU twitter.com/yogawithadrien…

@CharmerRocks Ahhh such a Charmer 😁